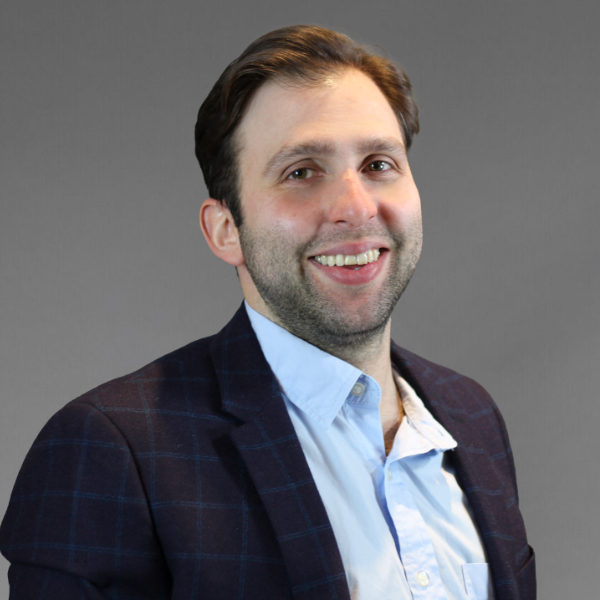 Over the past six years I’ve had the opportunity to witness a variety of settlement discussions that involved Workers’ Compensation Medicare Set Asides (WCMSAs) both from the Plaintiff and Defense perspectives. I left many of these discussions with a consistent thought—there is little to no awareness or consideration about what happens to an injured worker after they settle the medical portion of their claim.

Once an injured worker settles their workers’ compensation case, they enter a new healthcare world and need to pay for injury-related treatment from their WCMSA account. In addition, they must make sure they use the WCMSA funds properly by keeping track of the services paid through the WCMSA and reporting these to The Centers for Medicare and Medicaid Services (CMS) every year. When all this is done properly, and the WCMSA funds are exhausted, then Medicare will step in to pay for the injured worker’s future Medicare-covered treatment relating to their injury.

Yet sometimes these workers are given the impression that Medicare would never deny their claims, regardless of their compliance with CMS rules. But is that true?

My goal was to determine if CMS is actively denying claims when an individual should have used their MSA funds for a particular treatment or prescription. A definitive answer would help the industry better understand how to support and educate injured workers during and after settlement.

CMS says it will deny these claims, stating in its WCMSA reference guide: “If payments from the WCMSA account are used to pay for services other than Medicare-allowable medical expenses related to medically necessary services and prescription drug expenses for the WC settled injury or illness, Medicare will deny all WC-injury-related claims until the WCMSA administrator can demonstrate appropriate use equal to the full amount of the WCMSA. (WCMSA Reference Guide, v3.5, Sec. 17.3)

This section of the guide was the basis for conducting the study in the first place. As a professional administrator that works with injured individuals during and after settlement Ametros needed to know if there was a formal system for CMS denying payments for those with WCMSAs. If so, how many denials occurred each year?

Process of Research
I completed a Freedom of Information Act (FOIA) request for information about the number of times Medicare denied payment on a claim due to a beneficiary having funds set aside in a WCMSA.

I was referred to the Research Data Assistance Center (ResDAC), a CMS contractor that helps academic, non-profit, for-profit and government researchers find and interpret CMS data.

I then analyzed data specific to Medicare Part B beneficiaries who received a WCMSA settlement and had one or more denials with the reasoning that the WCMSA should have been the primary payer for that claim.

Analysis of Findings
The data show that Medicare denies an average of 34,253 claims a year when the agency believes a WCMSA is responsible for paying them. 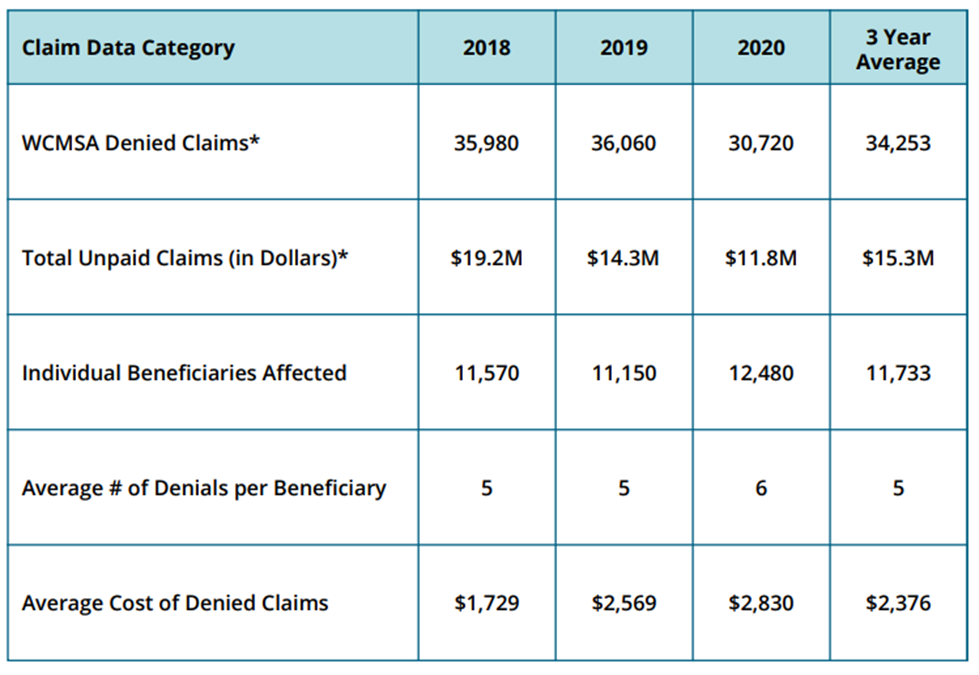 We examined a random sample of five percent of the Medicare beneficiary population that had WCMSAs over a three-year period and the analysis shows that Medicare systematically denies WCMSA recipients claims after settlement. Denial is not isolated to certain states; it happens all over the country to thousands of beneficiaries. When denied, the claims are repriced to the Medicare fee schedule and returned to the beneficiary and provider. The beneficiary then needs to use their WCMSA funds to pay them.

Settling a workers’ compensation claim is a confusing time for an injured worker who is already anxious about managing their future medical care and costs. Payers and attorneys need to make sure the individual understands that they need to use the WCMSA funds in compliance with CMS’ WCMSA guidelines, otherwise their claims for related treatments will be denied by Medicare.

There are many different stakeholders at the time of settlement from a claims adjuster to a plaintiff’s attorney all the way to a workers’ compensation judge who is in the position to rule on an WCMSA settlement. Hopefully “A Study of CMS Policy on Treatment Denials for Injured Workers with a Medicare Set Aside,” available at ametros.com/medicaredenials, will clear up any misconception on the denial issue.

WCMSA compliance is confusing for people who are not immersed in the industry, and many employers and carriers looking to protect injured workers secure post-settlement professional administration services. Medicare highly recewommends professional administration for WCMSAs, and this service has become much more affordable over the past several years. In addition to helping injured workers manage medical funds and reporting, some companies provide pharmacy and treatment discounts and assistance with navigating the healthcare system.

Next week, my colleague Shawn Deane, the General Counsel for Ametros, and one of the other researchers will dive deeper into its results.

About Jayson Gallant
Jayson Gallant’s involvement in workers’ compensation settlements prompted him to initiate this study. Gallant has an extensive background in managing business partnerships and educating the workers’ compensation industry. He joined Ametros in 2016 as a Client Engagement Manager and steadily progressed in his career, becoming a Settlement Advisor and later an Account Manager. Galant supports strategic initiatives for the company’s national carrier, TPA, and employer partners, works with industry partners and assists in Ametros’ product development initiatives. He is graduate of Assumption College in Worcester, Massachusetts and can be reached at jgallant@ametros.com.

Founded in 2010 and headquartered near Boston in Wilmington, Massachusetts, Ametros is the industry leader in post-settlement medical administration and a trusted partner for thousands of members receiving funds from workers’ compensation and liability settlements. The company makes healthcare easy for injured individuals and other people who pay for their medical care out of pocket. Ametros’ mission is to protect and empower the future of medical care by helping its members save money on medical expenses and save time and reduce frustration dealing with the complex healthcare system. Ametros may be reached at 877.275.7415 or via ametros.com.