Prior to joining DWC in 2013, he spent most of his professional career with the State Office of Administrative Hearings, where he served as an administrative law judge from 1995 to 2008 and as general counsel from 2008 to 2012.

Allen Craddock
Replacing Sullivan as deputy commissioner is current Director of Hearings, Allen Craddock. Craddock graduated from St. Mary’s University School of Law and was admitted to practice by the State Bar of Texas in 1998. In 2009, he completed a Ph.D. in social psychology. He is board certified in Workers’ Compensation Law by the Texas Board of Legal Specialization.

Prior to joining DWC in 2013, Craddock practiced full-time in workers’ compensation representing medical providers, injured workers, and employers. He has served as an adjunct professor at St. Mary’s University School of Law since 1999, and also served as a visiting professor of law at Pepperdine University. 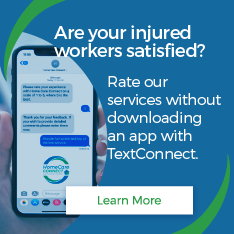