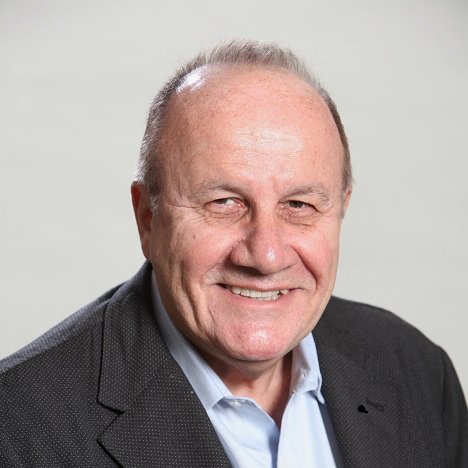 The twin scourges of the opioid crisis and the COVID-19 pandemic have caused many in Workers’ Compensation (WC) and Disability management communities to think more broadly about the various factors that impact both impairment and return to work (RTW). Mental health and illness are getting significant attention, with some companies, including The Hartford, committing to raising increased awareness on mental health this year. Recent discussions on this site have focused on mental health in the context of the pandemic, mental health more generally2,3, as well as a broader focus that includes “social determinants of health4.” Increasing awareness and sensitivity to mental health is key to lifting the stigma that still adheres to mental illness conditions so that we can better address those conditions. An important step in that direction is to understand the impact of mental health conditions in our own WC and Disability space.

Behavioral Health (BH) or mental health claims5 are often thought to be qualitatively different from most physical claims. They often develop over time rather than as a result of a discrete event; diagnosis relies on more subjective symptoms than with physical conditions; treatment is typically multi-modal; and clinical training for many of the treating professionals follows a path other than traditional medical school education. In addition, these claims are also generally considered more complex by front-line analysts and believed to be more resistant to treatment. While BH claims are compensable under most Group Benefits (GB) Short-Term Disability (STD) plans, WC coverage varies by states. Most states impose significant compensability barriers to these types of claims, typically either (i) that BH conditions must be accompanied by significant related physical diagnoses, or (ii) that they are compensable only for certain employee groups (e.g., first responders.) The most significant exception to these limitations in the US is California, which is the most open to BH claims in WC.

The question of interest in this article relates to how similar or dissimilar primary BH claims may be in GB and WC. We will look specifically at prevalence, diagnosis, and severity. I have argued6,7 previously that there are more similarities than differences between STD and WC claims, and that it may be advisable for WC professionals to learn from strategies developed by their GB colleagues and vice-versa. The Hartford is in a unique position to do this type of analysis because it is the only insurer with a leading market presence (# 1 or # 2) in both the GB and WC spaces. While a great deal of information is available about mental health in general, information about mental health from a claims perspective is limited, and a better appreciation of mental health claims should, in principle, lead to better management strategies from insurers, and possibly also to better management from employers. A second article in this series will look at the impact of BH conditions as secondary diagnoses or co-morbidities. A second article will look at the costs associated with BH and will provide recommendations to help us do a better job moving forward.

We reviewed all of The Hartford’s GB STD claims for a four-year period (2015-2018), as well as our California WC claims over the same years, and the results are remarkably stable year over year. BH claims constitute a significant proportion of GB claims – but their prevalence varies with claimant age. BH claims constitute a much smaller proportion of our California WC claims, but their prevalence also varies with age. Table 1 presents the comparative data, looking at the age distribution for primary BH claims only.

For both GB and WC, BH claims appear disproportionately distributed among the younger cohorts. One might wonder if these age patterns are simply reflective of there being more claims among younger workers. For comparison purposes, we carried out the same age analysis for musculo-skeletal (MSK) claims. Table 2 presents those results.

Here we see that, very much unlike STD BH claims, (which show up disproportionately in the younger workers), MSK GB claims increase linearly as a function of age (the dip among the older than 65 group in both tables simply reflects the smaller sample of workers still laboring after age 65.) In contrast, the WC MSK age data in Table 2 show a very different pattern from GB MSK. WC MSK primary diagnoses are very disproportionately represented in the young, and the curve flattens thereafter, before dropping off after age 55. What this reflects, perhaps not surprisingly, is that GB MSK conditions are more often progressive (hence, impacting older workers disproportionately), whereas WC MSK conditions are more often traumatic, and impact younger employees who have less seniority and experience and often have the more dangerous or “heavier” jobs.

In terms of gender, 70.5% of primary BH GB claims were from women, while 70.1% of WC BH claims were also from women, and the gender proportions were stable across age groups. This is consistent with the published literature on BH and gender and likely reflects, at least in part, the greater willingness of women to self-disclose about mental health issues. MSK GB claims are also more prevalent among women, but less so. Overall, 56% of MSK GB claims were from women (somewhat less than the 70% for BH), and that proportion varied very little across the age groups (from 55.0 to 57.5%). WC MSK claims, however, were more prevalent among men (45.4% female).

The next series of analyses compare the basis for GB and WC BH claims, providing breakdowns by major diagnoses and by age cohorts. Table 3 provides the GB data, and Table 4 the WC data.

With respect to our WC data, anxiety- or stress-related conditions account for the preponderance of the claims, almost 3 times the proportion of depression-related diagnoses. This is in keeping with what one would expect from a system focused on discrete “injuries,” but it may be also that it is easier to relate anxiety symptoms to work issues than depressive symptoms. Bipolar disorders are not part of the WC picture (nor should they be.) Finally, and not surprisingly, post-concussion syndromes make up a significant proportion of WC BH claims, at over 7% (compared to 2% in the GB data.)

The next set of analyses address the question of the relative severity of these claims. Unfortunately, we could not get to apples-to-apples comparisons because our standard measure of severity for STD is claim durations, whereas on the WC side, we track treatment days (bear in mind that treatment – which the WC insurer or employer pays for, including medications – will typically continue well after the worker has returned to work.) But we can get to orange-to-tangerine comparisons. To get a sense of the relative complexity of primary BH claims and to be able to make comparisons across Type of claim (GB vs WC), we developed a ratio based on MSK severity. MSK claims constitute the largest proportions of both GB and WC claims and thus can serve as the standard. For STD claims, mean Disability days for primary BH claims were divided by mean Disability days for primary MSK claims for claimants within the same age cohort. A score of 1.0 would reflect that, on average, BH claims last about the same as MSK claims; higher scores would reflect longer durations (and higher costs) for BH. For WC, the mean number of treatment days for each age cohort with MSK injuries served as the basis. Severity “ratios” for BH claims are presented in the next figure.

These numbers indicate that while the GB BH ratios track very closely to the severity of MSK claims for claimants in the same age grouping (ratios very close to 1.0), WC BH claims are notably more severe than GB claims, across all age groups, and particularly so among the younger cohorts. Overall, WC BH claims are 20 to 25% more “severe” than GB BH claims in terms of our relative outcome measures (claim duration and disability days. respectively). This may relate to the differences in diagnosis.

Alternatively, it may be that directly associating the BH condition to the work situation (as with WC) make it less likely that the employee will return to that work situation.

The story so far

My next article will examine the impact of secondary or co-morbid BH conditions and then get us to some real dollar figures, and provide suggestions for better addressing these issues.

About Dr. Michael Lacroix
Dr. Michael Lacroix, Ph.D., is Medical Director with The Hartford. He is a licensed psychologist in Florida. He has worked in the overlapping areas of Disability and Workers’ Compensation for the last 30 years, in a variety or clinical, management, program development, and consulting roles. Prior to joining the corporate world (Concentra, then Coventry, then Aetna, and now The Hartford) Dr. Lacroix held academic appointments, he developed a large clinical practice focused on assessment, treatment, and rehabilitation of injured and disabled workers, and he also carried out grant-supported research over many years, resulting in over 100 peer-reviewed publications and papers. He is a frequent contributor at industry conferences and publications. He currently resides in Sarasota, FL. 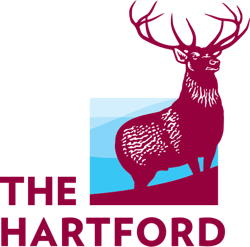 About The Hartford
The Hartford is a leader in property and casualty insurance, group benefits and mutual funds. With more than 200 years of expertise, The Hartford is widely recognized for its service excellence, sustainability practices, trust and integrity. More information on the company and its financial performance is available at https://www.thehartford.com. Follow us on Twitter at @TheHartford_PR.