Cambridge, MA – Medical payments per claim in North Carolina decreased 5 to 7 percent per year since 2014, according to a recent study by the Workers Compensation Research Institute (WCRI). These decreases likely reflect fee schedule changes for hospitals and ambulatory surgery centers (ASCs) and for nonhospital (professional) services.

The study, CompScope™ Medical Benchmarks for North Carolina, 20th Edition, compared North Carolina with workers’ compensation systems in 17 other states, analyzing claims with experience through 2018 for injuries up to and including 2017.

“Medical payments per claim decreased 5 percent per year from 2012 to 2017 for claims with more than seven days of lost time at 12 months of experience—more than in any other state during that period,” said Ramona Tanabe, executive vice president and counsel of WCRI.

Among the study’s other findings: 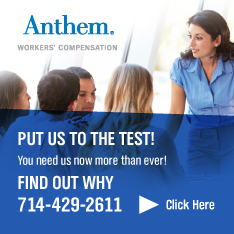