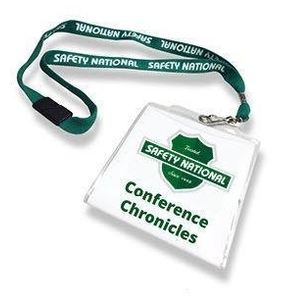 Phoenix, AZ – At the 2019 WCRI Annual Conference, a session discussed a variety of research and efforts relating to the opioid epidemic.

From an industry standpoint, mining and construction workers had a higher percentage of opioid prescriptions compared to 11 other industries analyzed. These are higher hazard industries so it is possible the injuries seen are more severe.

Massachusetts Study
The Massachusetts Department of Public Health discussed the results from a recent study they published on factors that may contribute to differences in the rate of opioid-related overdose deaths among workers in different industries and occupations.

What is not know from the data source is whether the people who died from opioid overdose received those drugs because of a workplace injury.

Their conclusion is more research is needed to understand contribution of workplace injuries and other occupational factors to opioid use and overdose death. Also, they feel the workplace is an excellent place to raise awareness about the dangers of opioids.

Arizona Efforts
In 2017, the State experienced an opioid overdose death rate that was significantly higher than ever seen before. In response to this, the Governor issued a State of Emergency requiring increased research and legislation to address this epidemic.

Among the new legislation passed was substantial restrictions on physician dispensing of opioids, requiring all pharmacies to check the PDMP prior to dispensing and limited initial fill to 5 days. They also launched a hotline for healthcare providers to seek additional information about opioid prescribing. The amendment also limited the strength of opioid prescriptions in workers’ compensation to 90MED. Physicians prescribing opioids in Arizona are also required to submit a treatment and tapering plan. The also increased the licensing requirements on pain management facilities so they were the same as other healthcare facilities.

Early results show a 36% reduction in opioid prescriptions, a 60% decrease in patients doctor shopping, a 58% increase in overdoses referred to behavioral health providers and a 78% decrease in the number of patients receiving prescriptions over 90MED.

Arizona also passed a bill back in 2012 requiring the development of evidence-based workers’ compensation treatment guidelines. One of the goals of the Advisory Committee developing these guidelines was not creating a system that was unreasonably burdensome from an administrative standpoint. The committee studied guidelines from other states, conducted stakeholder surveys, and had a panel of medical specialists evaluate case scenarios under a variety of guidelines. Ultimately the Committee decided to adopt the ODG guidelines in 2014. Initially the treatment guidelines were limited to chronic pain claims. In October 2018 the guidelines were expanded to all conditions and body parts.

About Conference Chronicles
Safety National’s “Conference Chronicles” showcases the educational content from risk management industry events around the nation, providing highlights from sessions so that those not attending can benefit from the insights and trends shared by industry thought leaders.

Disclosure:
Safety National is a WorkCompWire ad partner.
This is not a paid placement.