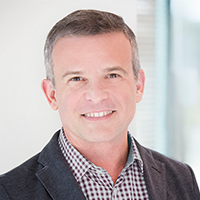 We have a drug problem. Americans consume more opioids than anyone else in the world. We are also among the highest consumers of marijuana. As a nation, we continue to rely on passive treatments for chronic conditions, instead of active management.

There is widespread acceptance of marijuana in the United States. A recent Quinnipiac University poll of US voters found that 63% of respondents believe that marijuana should be legalized and 93% support its use for adults with a medical prescription by a physician.1 The 2016 National Survey on Drug Use and Health estimates there are almost 38 million marijuana users in the United States. Thirty states and the District of Columbia currently have legalized marijuana in some form (most of these are so-called medical marijuana states). Eight states and the District of Columbia have legalized marijuana for recreational use.2

Yet marijuana continues to be classified as Schedule I drugs under the Federal Controlled Substances Act and, therefore, illegal to manufacture, distribute, or dispense.

When it comes to the legality of medical efficacy of marijuana use, there are a number of factors at play. These include:

Please join Broadspire’s Chief Medical Officer, Dr. Marcos Iglesias, September 12, 2018 at 1PM Eastern for a free webinar “Marijuana: A Medical Perspective” as we dive deep into these questions to separate fact from fiction and seek to find out if there is legitimate use of marijuana in our industry’s future or if all the claims will go up in smoke.

If you can’t attend live, don’t worry! A recording will be provided to all attendees.

Notes
1Quinnipiac University, April 26, 2018. https://poll.qu.edu/national/release-detail?ReleaseID=2539. Accessed Aug. 9, 2018. It is ironic that the question about ‘medical’ use is framed in the language of doctors prescribing marijuana. Marijuana cannot be prescribed by a physician in any US state. It remains a Schedule 1 drug under the Controlled Substances Act, making it illegal to prescribe. In states that have passed ‘medical marijuana laws’ a doctor’s recommendation or certification—but not prescription—is required to obtain marijuana. Some physicians have complained about the enforcement role they are put in.
2Robinson M, Berke J, Gould S. This map shows every state that has legalized marijuana. Business Insider. Jun. 28, 2018. https://www.businessinsider.com/legal-marijuana-states-2018-1. Accessed Aug. 9, 2018.