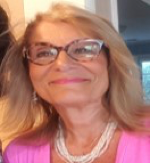 Soft tissue injuries can be the bane of existence for many a workers’ compensation stakeholder. They are difficult to diagnose and treat, as they are often elusive.

Treating them is also often extremely expensive. The inability to accurately pinpoint the problem may result in multiple treatments, unnecessary surgeries and dependence on medication — with little to no pain relief for the injured worker.

But thanks to a relatively new technology that is changing. Organizations are reporting outstanding success in helping injured workers recover and return to work faster, and with the added benefit of substantial savings to the bottom line. One company in particular recently discussed how this noninvasive, painless test has become a hit with formerly skeptical employees, carriers and physicians and helped return employees to work and save the company more than 75 percent on its workers’ compensation claims costs.

GCC
GCC is one of the leading pre-mixed concrete producers in the U.S. It operates in several states and has its main headquarters in Oklahoma. The company is based in Mexico and the U.S., and serves customers in the cement and concrete markets.

Several years ago, I happened to be seated next to their Workers’ Compensation Manager during a workers’ compensation conference in Oklahoma. Jackie McGuire had been on the job for about a year and was struggling with what she described as “out of control” claims, mostly at the company’s Oklahoma facilities. She said the company’s overall claims costs in the U.S, were around $4 million. This was impacting their workforce as many had prolonged days off work.

As we talked I told her about the Electrodiagnostic Functional Assessment, or EFA technology and, more importantly, our newer EFA-Soft Tissue Management (STM) program, the book end solution to determine the best care for the work related injury and the results that clients were reporting to us. With her background as a nurse and an adjuster for one of the nation’s largest workers’ compensation carriers, Jackie was, not surprisingly, skeptical. I sent her information about the program, comments from clients and the name and location of a clinic in Tulsa that we use.

Jackie attended an open house at the clinic and met with the director and owner who, according to her, were “singing the praises” of the EFA-STM program. The director said it helped their doctor by providing objective information if there was a change in condition and, if so, to provide better treatment for the injury. Jackie got excited and pitched it to her Safety Director. A former highway patrol officer and member of the military, he too was also skeptical at first.

Nevertheless, the company decided to launch the program fairly soon after our initial meeting. They began in one division in Oklahoma.

The Program
We’ve used the technology to create a program that helps determine if there is a change in condition and outlines site specific treatment for the soft tissue change. The EFA- STM program includes baseline testing of employees with the unread results kept in a safe, secure location. If and when an employee reports a workplace injury, a retest is done and the results compared to the baseline test.

The EFA test pinpoints problems in soft tissue injuries. Basically, it combines range of motion and functional capacity testing with electromyography sensors placed on different muscle groups at rest and in motion.

In the case of GCC, the first claim came almost immediately after they started the program. A driver for the concrete mixer trucks reported he had hurt his shoulder. That type of injury is not unusual for those drivers, as it is a very heavy job. The drivers have to lift up the chutes that allow the concrete to pour, and those can weight anywhere from 40 to 70 pounds. The drivers do this routine numerous times throughout the day.

The affected employee was scared at first — he’d just sustained an injury and would not be getting his full pay while he was out on workers’ compensation. But he became a strong advocate of the program in short order.

The second test was compared to the baseline and demonstrated a change in condition indicative of a rotator cuff tear, with a recommendation that he be seen by a specialist. He was sent to an orthopedist, had surgery and was back at work within 7 weeks. The employee, Jackie and others in the company were astounded at the swift recovery. In fact, there are workers in the same position who sustained similar injuries before the EFA testing began and are still out of work. Not only did he return to work quickly but he had less reliance on medications.

I love this story because it shows the value of the program in terms of helping workers recover from their injuries and pain. As someone who sustained a debilitating injury years ago, I really appreciate the fact that it truly provides better care for employees.

Having said that, the fact is the test also helps determine whether there is a change in condition. Jackie relates the story of another employee who reported an injury. However, in his case the second test showed there had been no injury since the baseline test. The worker, who had reported and received benefits for several prior injuries, hired an attorney. In court, the results from the test led the judge to rule that there was no change in condition. There have been several similar cases

The Present
Since starting with the EFA-STM program in 2014, GCC has expanded it to several states and one of its other divisions. As Jackie explains it, the results have been amazing.

“The company’s total amount paid for claims in 2017 was less than $700,000. We attribute that to some internal changes we have made along with our safety program; but for the most part, the EFA-STM program has made the significant change.

She added, “I love the program. I believe in it wholeheartedly, from both sides; not only because it saves money on worker’s compensation but it’s there to help the employees as well. If I’m ever injured I’d be glad to take the test.”

About MaryRose Cusimano-Reaston, Ph.D.
As the Co-Founder and Chief Science Officer of Emerge Diagnostics, in Carlsbad, CA., MaryRose has been instrumental in the development and commercialization, marketing and governmental acceptance of advanced Electrodiagnostic testing instrumentation and has devoted her entire professional career to developing better diagnostic techniques for the evaluation and management of soft tissue injuries. She is a proven industry leader in bringing new technologies to market, and establishing regulatory, legal, payer and medical acceptance. The Electrodiagnostic Functional Assessment, (EFA) service and underlying technology was commercialized under her direction. She also developed the EFA-Soft Tissue Management (STM) program.

MaryRose has held extensive leadership roles in the medical diagnostic technology and service arena. She has testified before OSHA and Congress on the need for more objective assessments for soft tissue injuries and is the published author of several peer reviewed papers on better diagnosis of soft tissue injuries. She is classified as an expert witness for Electrodiagnostic technology and techniques.