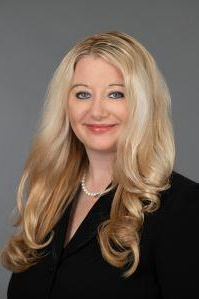 A company that’s been wreaking havoc with insurance carriers is getting its comeuppance. Not only did the Miami-based legal group MSP Recovery LLC fail in its latest effort to collect big money to reimburse Medicare Advantage Organizations, it and three of its attorneys were instead ordered to pay $5,000 each in sanctions, totaling $20,000. The decision was rendered in a federal District Court in Illinois.

The company has become infamous for bringing hundreds of complaints against various insurance carriers under the Medicare Secondary Payer reimbursement laws. The MSP allows the government, private parties, and in some jurisdictions Medicare Advantage Organizations, to recover from a primary payer claim-related conditional payments. Failure to reimburse can result in double damages.

The firm alleges that insurers have failed to reimburse Medicare benefit providers for conditional payments. In this case, the target was State Farm Mutual Auto Insurance.

There have been several written Court decisions about MSP Recovery LLC, with many common terms; “assignments,” “amended complaints,” “failure to state a claim” — it all begins to run together. But when a Court actually states in its written decision, “This is when things got hairy,” something is going down.

Background
MSP Recovery works on behalf of Medicare Advantage Organizations in seeking double damages in MSP private cause of action lawsuits and class actions. Last year, the company managed to secure class certification under the MSP, something that had not been done by attorneys previously due to the variations in state laws. The firm maintains it now has more than 100 class actions pending throughout the country on behalf of its MAO clients.

The latest case, Recovery v. State Farm Mut. Auto. Ins. Co 2018 U.S. Dist. LEXIS 95789, U.S. District Court for the Central Dist. Of Ill. (June 7, 2018), began back in March of 2017. The company alleged it had been assigned the right to seek reimbursement from State Farm for Medicare conditional payments made by an MAO. However, it failed to name that MAO and the insurer filed a successful Motion to Dismiss.

What followed were amended complaints from MSP Recovery, neither of which progressed their assertions.

That might have done the trick, if not for a separate similar lawsuit that MSP Recovery had filed in Florida. In the course of that litigation it was determined by the testimony of HFAP’s Chief Operating Officer that HFAP was not an actual MAO but, in fact, was a company that performed administrative duties for a Medicare Advantage Organization called Health First Health Plans. That meant that HFAP never made any medical payments, and thus had no recovery rights under the MSP.

The distinction was news to the federal Court in Illinois, and the judges were none too happy that while MSP Recovery had known about it since April 12, it took a call from State Farm on April 26 to notify the Court of the mistaken identity. The Court ordered MSP Recovery to file a response as to why the case should not be dismissed.

Things Got Hairy
Apparently, the company did not think it was significant to know details like exactly which company assigned them its rights of recovery. It admitted in its response that it was HFHP not HFAP that had made conditional payments on behalf of the Medicare beneficiary, but said had they had an opportunity to make a “minor clarifying” amendment to the Second Amended Complaint, they may have been more precise. At the same time, they also said that such clarification “would not change the substantive validity of the Health First assignments…” The Court deemed that position “palpably absurd and clearly wrong under the law.”

When a lawsuit is filed, there are obligations to ensure that the facts alleged are truthful and well-researched. Sanctions are allowable if the litigating parties should have known their position was groundless. By bringing a lawsuit on behalf of a company that does not make any medical payments, much less Medicare conditional payments, a question exists as to whether MSP Recovery’s position was groundless.

The MSP Recovery LLC attorneys attempted to show they were not personally involved in the unrelated Florida case, presumably to suggest they weren’t aware of the testimony given by the HFAP’s COO. The Court did not buy it, nor did they buy the explanation that the two separate companies are all part of the Health First “corporate family,” complicating their ability to identify the correct entity.

Follow-up Thoughts
This case is certainly not the longest legal battle in MSP history; however, it went on long enough for the Court to acknowledge that MSP Recovery LLC had wasted time and resources with its groundless claim. Upon issuing the sanctions, the Court stated its purpose to “deter repetition of the conduct or comparable conduct by others similarly situated.”

Given the prolific manner in which MSP Recovery LLC has been filing complaints that other Courts have also determined to be less than adequate, it will be interesting to see whether this case results in a true deterrent or merely a slap on the wrist.

About Michelle Allan
Michelle A. Allan is a Partner in the Pittsburgh office of Gordon & Rees and a member of the firm’s Medicare Compliance practice group. She focuses on Medicare issues that arise in the resolution of workers’ compensation, longshore, Jones Act, and general liability claims. She
has been instrumental in successfully settling tens of thousands of cases nationwide involving Medicare Secondary Payer issues.

Her work includes preparing Medicare Set-Aside Arrangements and having them approved by the Centers for Medicare and Medicaid Services. Additionally, she makes recommendations on how best to consider and protect Medicare’s interests while also balancing her clients’ interests in claims not requiring Medicare approval. She also negotiates Medicare conditional payments and has saved her clients millions of dollars in conditional payment reimbursements.

Ms. Allan is a 2011 inductee to The Legal Intelligencer’s prestigious class of Lawyers on the Fast Track.

Gordon & Rees’ attorneys believe experience, knowledge, intense attention to detail and a service-oriented team of professionals is imperative to uncover opportunities to navigate the complex process involved in Medicare Set-Aside allocations and mitigate the costs.

The firm offers every client a dedicated account manager to provide consistency, promote strong relationships and accountability, and also to make certain each account’s particular policies and procedures are carefully executed.