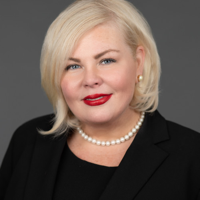 The path from submission of a Medicare Set-Aside (MSA) to final approval can be riddled with many twists, turns and roadblocks along the way. Legislation has been introduced in the last several years to reform this process, but has failed to gain necessary momentum in both the House and Senate for passage. On June 18, 2018, a revised version of this legislation was introduced in the Senate by prior sponsors, Senators Portman (R-OH) and Nelson (D-FL). Senate Bill 3079, Medicare Secondary Payer and Workers’ Compensation Settlement Agreements Act of 2018, amends title XVIII of the Social Security Act to include Medicare Set-Aside provisions and guidance for the Medicare approval process.

Bill Highlights
The revised version of this legislation contains many key provisions that would impact Workers’ Compensation Medicare Set-Asides. Some highlights of this Bill are as follows:

If passed, this legislation would become effective on January 1, 2019. Currently the legislation has been referred to the Committee on Finance.

Follow Up Thoughts
The legislation is a step forward in defining and implementing a more consistent and clearer Medicare approval process. There are still issues however that remain outstanding including transparency in how the exact amount of the MSA should be calculated, how to create a more realistic approach to controlling prescription drug costs in Medicare Set-Aside allocations, and how these provisions will actually be implemented by CMS. This legislation is an attempt to formalize a more defined MSA process and may make the path to Medicare Set-Aside approval much less thorny and in the end, hopefully, much more rosy.

About Bridget Smith
Bridget L. Smith is a Partner in Gordon & Reese where she concentrates her practice in Medicare compliance issues that arise in workers’ compensation and general liability settlements.

Prior to joining Gordon & Rees, Ms. Smith served as one of the Founders and Vice Chair of a Medicare corporate compliance practice at a midsize, Pittsburgh-based law firm. Throughout her 14 years there, she assisted clients in developing procedures to address Medicare and Medicaid issues in the litigation and workers’ compensation process, and provided in-house training to employers and defense counsel on compliance issues. Ms. Smith also practiced in the areas of general litigation, insurance defense, medical malpractice, and workers’ compensation.

Ms. Smith also served as a judicial clerk for the Honorable Dante R. Pellegrini and worked as the Director of the Center for Social Concerns at Gannon University in Erie, Pennsylvania where she also served as an adjunct faculty member.

Ms. Smith received a J.D. and an M.A. in Social and Public Policy from Duquesne University. She received a B.A. in Political Science from Gannon University.

Gordon & Rees’ attorneys believe experience, knowledge, intense attention to detail and a service-oriented team of professionals is imperative to uncover opportunities to navigate the complex process involved in Medicare Set-Aside allocations and mitigate the costs.

The firm offers every client a dedicated account manager to provide consistency, promote strong relationships and accountability, and also to make certain each account’s particular policies and procedures are carefully executed.