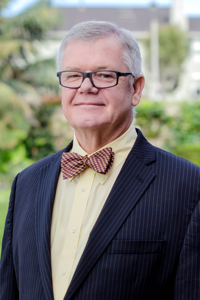 In our last article, we explored some of the issues that state-mandated formularies are helping to address in workers’ compensation. One of the biggest issues we are facing today is opioid abuse and overdoses. As we addressed, opioid-related overdoses and deaths have hit some states particularly hard; West Virginia’s death rate from prescription opioids is 37.7 per 100,000 citizens (based on 2016 data). In response, West Virginia passed comprehensive opioid prescribing control legislation. Hawaii, North Carolina and Oklahoma are just three of the many other states who have drafted or passed legislation or rules in the past month relating to opioid prescribing limits. Although much progress has been made in recent years to reduce prescribing and overdoses in workers’ compensation, there is still a long road ahead.

We previously explored how state-mandated formularies have helped to reduce the impact of physician dispensing and compounding medications. Let’s now take a closer look at how they are working to improve the landscape of opioid abuse.

Opioid Abuse
Opioids deserve special attention in workers’ compensation, since a high percentage of injured workers receive medication to treat pain. WCRI’s recent study shows that injured workers who had multiple opioid prescriptions took three times longer to return to work than those without any opioid prescriptions. Additionally, the region where the worker resides can often affect the length of opioid prescriptions that patients receive. Those living in areas that prescribe more long-term opioids are more likely to be prescribed opioids for a longer time. While this may seem straight forward, it can have devastating regional effects.

A recent study from the American Action Forum sheds light on how acutely opioids affect the workforce. The study found that in 2015, over 900,000 working-age individuals were not working due to opioids. Additionally, labor force participation “cumulatively cost the economy 12.1 billion work hours” between 1999 and 2015. It’s clear from these studies that opioids are a major issue costing the workers’ compensation industry time, money and lives.

Texas and Ohio have both seen impressive decreases in opioid utilization since implementing their formularies, with opioid costs dropping from 27% to 18% in Texas and opioid dependence decreasing by 59% in Ohio.

Let’s now take a closer look at these statistics.

Formulary Data Drives Nationwide Interest
For the past several years, I have spoken to and worked with legislatures around the country on formulary development. One of the most important considerations before any movement forward is to look at case studies from other states. Two of the first states to implement workers’ compensation formularies were Texas and Ohio. Both states also had the foresight to make reporting and analytics a key provision in their formulary development process.

Positive Results
As one of the first states to implement a workers’ compensation-specific formulary, Texas has shown much success. Several statistics stand out from a 2016 review of their formulary.

Ohio has also seen success with its drug formulary.

These statistics give impressive support for the use of formularies in workers’ compensation.

Not a one-size-fits-all Approach
Ultimately, state-mandated drug formularies are effective tools to address difficult issues in workers’ compensation. However, not every state can utilize formularies in the same way, nor should they. Each state needs to consider their biggest challenges and how formularies can be applied to mitigate these issues. As states continue to develop formularies and collect subsequent data, they will be able to optimize these formulary programs for best results.

About Brian Allen
Brian Allen is a nationally recognized policy expert for workers’ compensation and insurance issues across the country. Allen currently serves as Vice President of Government Affairs for Mitchell’s Pharmacy Solutions team. Allen has lobbied nationally for workers’ compensation issues for more than 14 years and has more than 25 years of political experience. Allen is a former elected member of the Utah House of Representatives. As a government affairs specialist, Allen was actively engaged in the development of the Texas Drug Formulary Rule, the Tennessee Drug Formulary Rule, the California and Arkansas formularies and other critical rulemakings around the country.

Allen is currently involved in Indiana, New York, Pennsylvania, Montana, Louisiana and Arkansas on drug formulary proposals and is working with other states on medical management, pharmacy and reimbursement issues.”

About Mitchell ScriptAdvisor
Mitchell ScriptAdvisor, the PBM solution built for the workers’ compensation industry, leverages technology and expertise to connect the ENTIRE claim. From a fully customizable portal experience to industry leading networks and comprehensive clinical management, ScriptAdvisor provides effective, efficient, and successful management of your claims. ScriptAdvisor delivers visibility beyond an individual prescription. It integrates with bill review and managed care solutions for a more holistic approach to claim management. ScriptAdvisor combines all of this with robust analytics and outstanding customer service to empower better outcomes for all. Read more of Mitchell’s thought leadership at mitchell.com/mpower