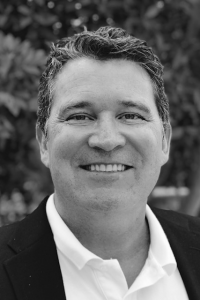 Workers’ compensation was designed to reduce litigation by trading out the employee’s right to sue his or her employer for negligence in exchange for limited guarantee of care and compensation. This exclusive remedy “bargain” was the justification for why the system was first created a little more than 100 years ago.

If we look at intent and where we are today, it’s a failure (albeit a fixable one). Currently, the workers’ comp system is thought of as one of the more litigious marketplaces for insurance and healthcare. It doesn’t reduce litigation, it simply changes (and in some cases streamlines) the fight. We need to wake up and say ENOUGH! It’s time to dedicate resources on several fronts to get back to the original intent of this system.

In 2014, California Workers’ Compensation Institute released a study that provided a strong scientific approach to quantifying impact. The study showed that if an injured party hired a lawyer, the associated costs went up on average by $40,000 for permanent disability payments and $25,000 in terms of temporary total disability benefits — even if the case never went to court. That is staggering! Prior to this study, there was a general understanding that the system was not functioning as intended, but when the hard numbers were presented in a very defensible analysis, it’s truly shocking. More importantly, the study demonstrated that the injured worker doesn’t benefit from a litigious fight either. It isn’t good for anyone (except maybe the lawyers) when things devolve to the point where attorneys become involved with a claim.

To determine whether things have improved since the release of the CWCI study, and if so by how much, I am involved with a new study. If the initial findings hold up, I can assure you that it has not gotten better. It’s far more likely that it’s only gotten worse. Doing a bit more digging on the impact of litigation on claims costs, we examined data culled from multiple claims companies. Several points stood out from the early informal analysis, most notably that across all claims, on average:

These numbers are considerable and don’t even focus on the out-of-pocket costs of the attorney’s fees, direct litigation costs, or the impact the additional friction causes in claims overhead costs.

One of the more provocative initial findings shows that when carriers distinguish between claims that are litigated and claims that are just represented and haven’t escalated to litigation, there is little difference in outcomes. If anything, initial figures suggest the worst outcomes are more likely in the claims that are represented but not litigated (carriers have different criteria for these categories so it’s not a conclusive finding).

It is clear that once the injured worker decides they need to get an attorney, the horse is already out of the barn. We have to get IN FRONT of this event — and not just react to it. The future health of the workers’ comp industry depends on this.

There are lots of opinions on where to go from here. The positive to this is that real solutions are on the table. Before we examine all of this, however, it’s important to understand why injured workers hire attorneys to begin with (hint: it’s rarely because they are looking to score a massive payout). In my next article, I will dive into these reasons and how to remedy them so that we can return the workers’ comp system to its original intent.

About Gregory Moore
Gregory Moore is chief commercial officer of CLARA analytics, a leading predictive analytics company for workers’ compensation. Prior to joining CLARA analytics, Moore founded Harbor Health Systems, which he led for 16 years. During his time at Harbor Health, he pioneered many aspects of outcomes-based network models and brought provider benchmarking into the mainstream for workers’ compensation insurance and managed care companies. Greg holds a master’s in public health from UCLA and a Bachelor of Science from the University of Rochester.