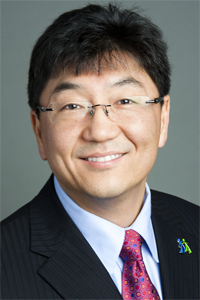 Can medical marijuana support the overall objectives and goals intended by workers’ compensation industry? Can it play a role in ensuring our injured workers reach the best clinical and functional outcomes? Can it resolve opioid abuse?

Some advocates claim medical marijuana could reduce the rate of opioid overdoses, rate of opioid use, and opioid addiction in our nation. Other medical experts criticize such conclusions and reinforce the concern for marijuana abuse and dependency, noting that marijuana’s serious negative effects could supplant and replace the existing opioid problems with new marijuana problems, including its potential for being a gateway drug.

Although we cannot predict the future, from my clinician’s perspective, it is always advisable to start with known facts.

The federal government designated marijuana as a Schedule 1 drug under the Controlled Substance Act in 1970. This action classified it as a drug with high potential for abuse and lacking significant medical value. Despite the federal government’s stance, to date 28 states, the District of Columbia, Puerto Rico, and Guam allow medical marijuana and eight states have enacted legislation to permit recreational marijuana use.

Strictly Cannabis
Cannabis (or marijuana) is known to have a highly active psychoactive substance known as Delta-9-tetrahydrocannabinol (THC) that produces euphoria and elation by altering sensory perceptions.

THC levels determine the potency of marijuana. THC works on receptors found primarily in the brain’s cerebral cortex, which accounts for the sensory inebriation. There’s another chemical known as Cannabidiol, which has no psychoactive properties and works on receptors mainly in the gut and peripheral immune system. It is important to understand that this non-psychoactive phytochemical — Cannabidiol — is thought to be the active mediator of potential health benefits in humans.

Although most discussion are about THC and CBD, it’s also worth noting that more than 500 other chemical compounds associated with marijuana have yet to be understood by researchers. In addition, some suggest there could be undiscovered cannabinoid receptors in the human body mediating other neurobiological mechanisms that could impact health.

Growers of cannabis plants have used selective breeding techniques over many decades to identify varietals with higher psychotropic potency through higher levels of THC. As a result, the THC potency in cannabis plants has steadily increased from 2-3% in the 1980s to 12% in 2012. Currently, THC potency can be up to 15% with typical cannabis plant mixtures, while cannabis oils can have over 50% THC. Cannabis concentrates like “dabs” and “earwax” with 80-90 % of THC can be vaporized by e-cigarettes and table top vaporizers.

In addition, there are pharmaceutical synthetic cannabinoids known as Marinol (Dronabinol), Cesamet (Nabilone) and Sativex (Nabiximols). Food and Drug Administration (FDA) approved Marinol is a synthesized THC, while Cesamet is an analogue of THC currently available in the US. Although not yet approved in the United States, Nabiximols is an oral spray that contains a near 1:1 ratio of Cannabidiol (CBD) and THC. These pharmaceutical synthetic formulations ensure consistent dosages and reliable manufacturing for patient use.

Potential Benefits
Treatment of chemotherapy-induced nausea and vomiting that don’t respond to traditional anti-emetics, and treatment of anorexia and wasting syndrome noted in HIV/AIDS conditions show the strongest support for beneficial effects of therapeutic use of medical marijuana.

In addition, there is evidence that supports that medical marijuana may be useful and beneficial in treatment of muscle spasticity in Multiple Sclerosis as well as managing chronic neuropathic pain that does not respond to conventional therapy. Unfortunately, the majority of studies with cannabis/marijuana use have a high degree of variation in study methodology and cannabis types, which limit appropriate comparisons and inferences. Hence, there is a need for additional, high-quality research and clinical trials to better determine the actual degrees of short-term and long-term benefit, as well as the adverse effects of marijuana for managing chronic pain and other medical conditions of interest.

At the same time, the known adverse reactions associated with cannabis include:

According to the UpToDate.com medical resource, studies indicate chronic cannabis users are:

Need for Evidence-Based Information
Unlike other therapeutics in healthcare, there is a significant knowledge gap when it comes to medical marijuana. This information gap includes uncertain appropriate routes of administration (e.g., inhalation vs. oral vs. transdermal), no clear understanding of therapeutic dosages, and no clarity as to definite contraindications/indications to cannabis use.

The approach taken towards marijuana therapy seems counter to traditional, evidence-based medicine. Having sufficient and valid safety and efficacy studies with medications prior to recommending widespread utilization stems from our Hippocratic oath to “do no harm.”

Currently, a majority of physicians lack sufficient knowledge about cannabis, its various strains and degrees of active compounds and they are uncomfortable managing patients with cannabis therapy. Hence, to a physician’s dismay, the selection of marijuana products is delegated to non-clinicians and consumers to use their best judgment in choosing the formulary.

Increased Visits to the Emergency Room
With the growing legalization of marijuana use, there is an increase in Emergency Department visits related to marijuana/cannabis use and abuse including, but not limited to:

New Promise
In efforts to provide evidence-based recommendations from high quality clinical trials and studies related to marijuana’s health effects, on Aug. 8, 2017, National Institute of Health (NIH) approved a $3.8 million research grant to Albert Einstein College of Medicine to conduct a five year study to determine whether medical marijuana can reduce opioid use in patients suffering from chronic pain.

This is the very first long-term study supported by the federal government to provide some needed direction with medical marijuana, which is very welcomed indeed.

Final Thoughts
Despite current public sentiment driving the medical marijuana and legalization movement, it is crucial to acknowledge both the encouraging data as well as some disconcerting realities with marijuana/cannabis use. Most importantly, there is now consensus among the expert medical community and the federal government that our industry needs and can benefit from high-quality research studies to address how marijuana/cannabis affect health outcomes including chronic pain, function, and quality of life.

Lastly, to leave you with a thought-provoking question: If medical marijuana is eventually supported by the medical industry and workers’ compensation to address opioid-related issues as well as chronic pain, would the potential adverse effects and complications associated with medical marijuana use — such as neuropsychiatric problems as well as other long-term potential health consequences — become the responsibility of workers’ compensation carriers?

There’s much to think about. 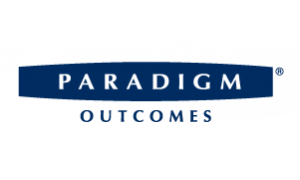 Paradigm Outcomes is the nation’s leading provider of catastrophic and complex case management, Paradigm achieves 5x better medical outcomes and lowers total costs by 40%. Paradigm accomplishes this by bringing together nationally recognized doctors, the best providers in the country, and 25 years of clinical data to guide decisions. Paradigm is the only company designed and built specifically to address the needs of those with acquired brain injuries, spinal cord injuries, amputations, burns and chronic pain, and is the only company to stand behind their promises with medical and financial guarantees. Visit www.paradigmcorp.com to learn more.