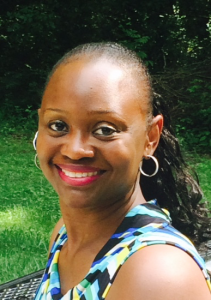 Cultural competency has gained a stronger foothold in health care over the past decade. Still, while strategies to provide care without bias have helped reduce disparities among minority populations, the same can’t be said for those in the LGBTQ (lesbian, gay, bisexual, transgender, queer) community.

At the heart of the issue is a lack of cultural understanding about this community and the unique health care issues that are prevalent in this population. For instance, care coordination for a transgender person can be confounding to someone who is not familiar with the health care needs of this population. This is especially true if the individual has undergone surgical or hormonal treatment to transition to his or her gender of choice.

Another major reason stems from the injured worker’s reluctance to reveal their sexual orientation due to privacy concerns and/or fear of bias from health care practitioners and employers. According to the Institute of Medicine and the Kaiser Family Foundation, LGBTQ individuals are more likely to delay or not seek necessary medical treatment because of the discrimination that they have received in the past. However, many practitioners are not doing their due diligence in seeking this information. A Kaiser survey in 2014, found that 47 percent of gay and bisexual men had never discussed their sexuality with their physicians.

Cultural competence requires workers’ comp professionals to view patients as individuals and set aside their own bias and prejudices. The goal of culturally competent care is to provide care that is fair, safe, adequate, efficient, opportune and patient-centered.

Battling Bias
Historically, LGBTQ individuals have frequently endured mistreatment, refusal of care, and restricted access to quality, timely treatment. Depending on their ethnicity, they may also have to deal with racial discrimination. These statistics have caught the attention of Healthy People 2020 and the Joint Commission, who have created specific initiatives to better understand and improve the lesbian, gay, bisexual, and transgender (LGBTQ) population’s health.

Also at stake for LGBTQ individuals is lack of legal protection in terms of employment. While civil rights have improved for these individuals over the past decade, there is currently no national law to protect gender and sexual minorities from employment discrimination in the private sector or under state employment. Most states also do not offer legal protection against sexual orientation and gender orientation discrimination. For this reason, an injured worker may choose not to reveal his status for fear of losing his job, especially since workers’ comp is exempt from HIPAA.

If an injured worker is also facing discrimination from co-workers or their peers, it’ll likely decrease their motivation to return to work, causing a claim to stagnate and escalate costs.

Disparities and Comorbidities
As we begin to learn more about the health care needs of LGBTQ injured workers, we also learn about certain comorbidities that are more prevalent in this population. These include psychosocial issues such as substance and alcohol abuse and depression. Studies also show that gay men, especially minorities, are more likely to contract HIV and sexually transmitted diseases. Lesbian women are more likely to avoid seeking or obtaining preventive gynecological testing (ie, mammograms and Pap smears). Both lesbian and bisexual women have a high risk of being obese or overweight. Older LGBTQ adults have higher incidence of poor mental health and increased cardiovascular disease.

These factors can significantly contribute to a delayed return to work and escalate the costs of a claim.

Care Coordination
So how can workers’ comp professionals better address the needs of LGBTQ injured workers? As with all effective return-to-work plans, directives need to be focused on the individual. Each person must be treated with respect and orientation should not dictate health care access.
This begins by developing trust between the RTW team and the injured worker, by doing away with our own biases to ensure we are advocating for the patient and promoting his safe and efficient return to work.

While communication is key to the success of all workers’ comp claims, it’s particularly important when working with members of the LGBTQ population. For instance, avoiding terms that may offend an individual will help clear the path to better communication between the workers’ compensation professional and the injured worker.

Acceptance and compassion will also assist in promoting effective communication. This includes nonverbal communication as well. Because many have experienced previous discrimination, LGBTQ individuals are more likely to sense fear, disdain, judgment, and disapproval. Breaking down these barriers requires a commitment to rid oneself of individual ethnocentrism and acknowledge and address each individual according to their gender of choice.

When cultural competency is addressed, it often positively impacts an injured worker’s ability to return to the job in a timely manner. As workers’ comp professionals, it’s imperative we remove the barriers that allow members of this population to reach their optimum functional level.

Genex Services is the trusted provider of managed care services enabling clients to transform their bottom lines while enhancing the lives of injured and disabled workers. Genex is a managed care leader with more than 2,900 employees and 41 service locations throughout North America. The company serves the top underwriters of workers’ compensation, automobile, disability insurance, third-party administrators and a significant number of Fortune 500 employers. In addition, Genex is the only company that delivers high-quality clinical services enhanced by intelligent systems and 360-degree data analysis. The company consistently drives superior results related to medical, wage loss, and productivity costs associated with claims in the workers’ compensation, disability, automobile, and health care systems.

Disclosure:
Genex is a WorkCompWire ad partner.
This is not a paid placement.