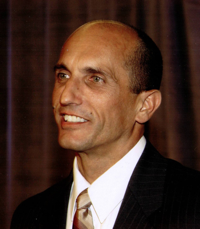 Tuesday editions of WorkCompRecap usually kick off with the presentation of a new leader, but we have elected to postpone today’s column in order to honor the loss of a true leader in the Workers’ Comp world, David DePaolo, who passed away in a motorcycle accident on Sunday.

David was widely respected in the workers’ comp community and was always visibly hard at work trying to push the system toward the better, perhaps most directly via the Comp Laude awards, which highlight the good in a system that sometimes doesn’t direct enough of its attention to all the help it delivers to many on a regular basis. While I didn’t get to know Dave well, I admired his writing, both professionally and personally, especially his willingness to delve into the raw and emotional and share his life with his readers.

You can read more over at WorkCompCentral, and take a moment to read about Comp Laude too.