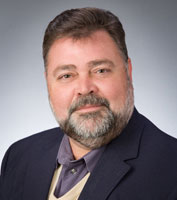 Nearly half of the states in the U.S. have legalized medical marijuana. As a result, employers and insurance companies are looking for guidance as to whether they’ll soon be required to cover medical marijuana as part of their workers’ compensation (WC) claims.

In 2015, I had the opportunity to call upon my background in clinical education and expertise in the clinical management of complex and catastrophic claims in WC to deliver sessions and participate in discussions at four industry conferences on this topic.

Today, there are no definitive answers regarding the use of medical marijuana in WC, but in this guest column, I hope to outline some of the complications, pending legislation, and risks surrounding this issue.

State vs. Federal Law
Currently, the main challenge is the disparity between state and Federal law. The Controlled Substances Act (CSA) of 1970 categorizes marijuana as a Schedule I substance, alongside drugs as dangerous and addictive as heroin. However, there is pending Federal legislation that has been proposed to change marijuana’s classification.

The CARERS Act proposed by Senators Paul, Booker, and Gillibrand would allow patients, particularly veterans, to access the treatment they need without fear of Federal prosecution. The Act would recognize the state’s responsibility to set medical marijuana policy and reschedule marijuana from a Schedule I to Schedule II substance, recognizing it as having “Accepted Medical Use.” It would also permit financial services and banking for marijuana dispensaries, and expand opportunities for research.

Another bill proposes that marijuana be regulated in a manner similar to alcohol, removing it from the CSA’s schedules. Oversight of marijuana would then be transferred from the Drug Enforcement Administration (DEA) to the Bureau of Alcohol, Tobacco, Firearms and Explosives.

Approvals of these bills are still pending, but if either one passes, it could be a game-changer in how medical marijuana is viewed for treatment in the future.

Hopeful Alternative for Pain Treatment
From a clinical perspective, marijuana has potential medicinal value for many conditions, similar to the poppy plant from which we derive opiate medications. In fact, there’s significant interest in using medical marijuana as an alternative to opiates for the management of chronic pain.

According to the Institute of Medicine, chronic pain affects approximately 100 million adults in the U.S., and costs up to $635 billion each year in treatment and lost productivity. Patients often build up a tolerance to opiates and require increased dosages. Prolonged use can lead to addiction and even death. In 2013, there were 16,235 overdose fatalities related to opioid painkillers, according to the Centers for Disease Control and Prevention (CDC).

The Journal of the American Medical Association (JAMA) reported in June 2015 that existing clinical trials showed medical marijuana effectively treats chronic and neuropathic (nerve) pain1. However, these trials were small in scale. Reclassification of marijuana under the CSA would be required before large-scale, randomized studies could take place to confirm these results. Many proponents believe clinical trials should be allowed to proceed, letting medical evidence speak for itself.

Lack of Evidence-Based Guidelines
In WC, payers must rely on evidence-based guidelines to make treatment decisions. Currently, medical marijuana is not included in any WC treatment guidelines, such as the Official Disability Guidelines (ODG) and the American College of Occupational & Environmental Medicine (ACOEM) Practice Guidelines—which are considered the gold standards in treatment of occupational injuries. As such, many payers choose to categorically deny coverage, and experts say they’re within legal and medical parameters to do so. However, courts are often being called upon to review treatment decisions regarding medical marijuana.

New Mexico is at the center of this controversy. Its Court of Appeals ruled three times since May 2014 that medical marijuana was “reasonable and necessary” for injured workers and should be covered under WC. In these three cases, the injured employees were authorized to use medical marijuana after traditional therapies failed to relieve their pain.

In all three opinions (Gregory Vialpando v. Ben’s Automotive Services and Redwood Fire & Casualty; Miguel Maez v. Riley Industrial and Chartis; and Sandra Lewis v. American General Media and Gallagher Bassett), the New Mexico Court of Appeals found medical marijuana constituted “reasonable and necessary” treatment, and under the state’s “compassionate use” law, authorization was considered equivalent to a prescription. As a result, the employers were ordered to reimburse the injured workers for medical marijuana, and the reimbursement process allowed the carriers to avoid directly paying for an illegal substance.

In November 2015, New Mexico took another step toward changing the game, by becoming the first state to propose a reimbursement rule for medical marijuana in WC.

In national polls, a growing majority of Americans—as much as 78 percent—believe that medical marijuana with a physician recommendation should be legal. With high public support, the momentum for legalization will likely continue, but if it does, there are additional workplace risks. For example, although marijuana affects individuals in different ways and the effects are dependent on frequency of use and dosage, studies show that marijuana can impair cognition, balance and coordination, and decrease alertness and delay reaction time. These factors could pose safety hazards, especially if users operate heavy machinery or drive vehicles, and could result in additional WC claims.

Determining a level of intoxication by marijuana is another complicating factor, as there currently is no legal threshold, as there is with alcohol. A urine test, which is the most commonly used form of drug screening, only tells if individuals have used marijuana, not whether they are “high.”

Ongoing Change Ahead
Nationwide, laws and court decisions regarding medical marijuana are changing rapidly and will continue to impact WC treatment decisions. The conflict between state and Federal law will eventually need to be resolved, particularly for drug-free workplace and employment policies. In the meantime, WC professionals should continue to monitor cases, judgments and verdicts—as well as public and political trends—that will have ongoing ramifications for the industry and could possibly forecast a tipping point toward reclassification.

About Kevin Glennon
Kevin Glennon, RN, BSN, CWCP, is Vice President of Operations, Home Health, Clinical and Quality Assurance Programs at One Call Care Management. He has over 30 years of experience in healthcare, encompassing clinical and claims management for workers’ compensation, auto, and general liability. His background includes medical case management of complex and catastrophic injuries and long-term disabilities. He applies his combined knowledge and experience to assist organizations in better managing and controlling costs associated with complex injury claims for the best-possible outcomes. For the past 15+ years, Kevin has spearheaded the development of One Call’s Home Health + Complex Care division, where he manages an extensive clinical education and quality assurance program.