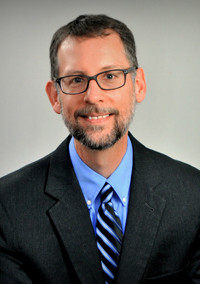 Following up on last week’s column, another issue pertaining to prescription drug use for chronic pain has been percolating for some time: death benefits paid to injured worker beneficiaries due to drug overdoses.

Death benefits have already been affirmed in a handful of states, among them Pennsylvania (James Heffernan), Tennessee (Charles Kilburn) and Washington (Brian Shirley). They have also been denied in other states, including Connecticut (Anthony Sapko) and Ohio (John Parker). While not a complete list, this shows how individual circumstances and unique statutes can drive different decisions. What is not up for debate is that an injured worker dying from an overdose (intentional or unintentional) of prescription drug(s) paid by work comp is an issue for payers.

A new court decision in California, South Coast Framing v. WCAB, might create additional concerns. An injured worker, Brandon Clark, died due to complications from his prescription drug regimen, and the Supreme Court awarded death benefits to his family. The full Supreme Court decision can be found at http://bit.ly/1HWW20o (PDF) and a good article with additional context can be found on WorkCompCentral (subscription required) at http://bit.ly/1JZ5xyu.

Mr. Clark died on July 20, 2009. The autopsy reported his death “is best attributed to the combined toxic effects of the four sedating drugs detected in his blood with associated early pneumonia.” Elavil, Neurontin and Vicodin were prescribed by his work comp physician, while Xanax and Ambien were prescribed by his personal doctor. Of that list, the four sedating drugs are Elavil, Vicodin, Xanax, and Ambien, a mixture of drugs prescribed under workers’ compensation and group health.

So the decision, in this case, came down to whether the work comp drugs (Elavil and Vicodin) could have been some part of why Mr. Clark died.

The California Court of Appeal concluded Elavil only “played a role” and was not a “significant” or “material factor” and therefore death benefits were not appropriate. However, the Supreme Court rejected that opinion and applied the appropriate standard “requir[ing] applicants to establish no more than that industrial causation is reasonably probable” in causing the worker’s death” (emphasis added) and found enough evidence to meet this standard. The medications prescribed for the original workers’ compensation injury, Elavil and Vicodin, to some degree, contributed to Mr. Clark’s death. Therefore, they awarded death benefits to Mr. Clark’s wife and three children.

So what does this mean? At least in California, it means that the bar of establishing causality – did work comp drug(s) somehow contribute – is not as high as many originally thought. Does that mean more cases similar to this are to come in California? In a highly litigious state where representation is commonplace? Where prescription drug use for chronic pain is an overwhelming problem? More than likely.

What about other states? Every state has different rules and case history, but since trends often start in California, and the Supreme Court was articulate in its decision-making process, it’s possible that this decision will have an impact beyond California. The fact that some states already have established case law to grant death benefits could be a compounding effect.

This may be an isolated case that has minor repercussions in California or elsewhere. On the other hand, it may be a harbinger of things to come. The best solution is to ensure injured workers only use prescription drugs that enhance positive clinical outcomes without creating life threatening possibilities. Until that happens on a consistent basis, the repercussions will continue to build.

About Mark Pew
Mark Pew has more than 35 years of experience in the property and casualty, healthcare, and technology industries. He created PRIUM’s Medical Intervention Program in 2003, Intervention Triage in 2010, Texas Drug Formulary turnkey solution in 2011, Centers with Standards in 2012, and TaperRx in 2014. From March 2012 thru May 2015, Mark presented educational content 251 times to 15,027 people in 38 states, including nine national webinars. He serves on the Medical Issues Committee of the International Association of Industrial Accident Boards and Commissions (IAIABC), the Workers’ Compensation Committee for the Self-Insurance Institute of America (SIIA) and the Medical/Rehab Committee for the Southern Association of Workers’ Compensation Administrators (SAWCA).

Mark is a popular speaker at workers’ compensation conferences around the country as well as individual continuing education venues. He has spoken at the National Workers’ Compensation and Disability Conference, National Rx Drug Abuse Summit, at statewide or self-insured conferences in 17 states, and at national and regional association gatherings around the country.

A frequent media source for stories on pharmacy and marijuana in workers’ compensation, Mark also writes articles for several publications. He is a regular contributor to Claim Management Magazine, Insurance Thought Leadership, and Lexis Nexis.