By Michael Gavin President of PRIUM 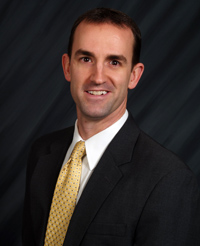 When Texas announced an 80% drop in the cost of “N” drugs prescribed for new injuries, workers’ compensation stakeholders took notice. (Medications designated as “N” in the Official Disability Guidelines are not appropriate for first-line therapy.)

Since that announcement, the implementation of a closed formulary has placed near the top of the list on several state legislative agendas. While the results being reported out of Texas are still fairly recent, the concept of a closed formulary is not a new idea in that state. Although changes in Texas’ work comp medical cost trends appear sudden, the process for achieving these was anything but.

When HB 7 was passed in 2005, it created the Division of Workers’ Compensation (DWC) within the Texas Department of Insurance, which among other things, authorized this body to adopt “evidence-based, scientifically valid and outcome-focused” medical treatment guidelines and a closed formulary for prescription medications. These steps, along with the existing preauthorization and dispute-resolution processes, provided the solid regulatory infrastructure needed to implement a successful closed formulary.

The Texas Closed Formulary (TCF) requires preauthorization for medications identified as “N” drugs in the current edition of the Work Loss Data Institute’s Official Disability Guidelines (ODG). These guidelines are updated on a monthly basis to encompass new medications and new research surrounding current medications. The TCF excludes not only “N” drugs, but also any compound medication which contains an “N” drug as well as investigational or experimental drugs that are not yet broadly accepted as the prevailing standard of care.

Naturally, implementing these requirements would mean a substantial change in prescribing habits. (After all, that was the point.) The problem was that immediate and strict implementation could mean that injured workers were suddenly denied previously prescribed medications without allowing proper time for weaning. To counter this, the DWC created a “legacy period” during which older claims would not yet be subject to the closed formulary, even while providers had to comply with formulary requirements when treating newly injured patients. This allowed providers to adapt to the new preauthorization requirements and adjust their treating habits over time in existing claims. At the same time, it ensured formulary compliance from the outset in new claims.

After the conclusion of the two-year legacy period, all claims became subject to the TCF. In effect, this legacy period was a compromise that allowed Texas to begin implementing the TCF in all of its claims without negatively impacting patients already on long-term prescription therapy.

Unfortunately, there are also some drawbacks – the main one being its limited application. Because the Oklahoma Closed Formulary is contained within the rules for Oklahoma’s newly formed Workers’ Compensation Commission, it applies only to those cases within the Commission’s jurisdiction. The Commission has jurisdiction over all claims with a date of injury on or after February 1, 2014. Older claims are handled by the Workers’ Compensation Court of Existing Claims, which has no closed formulary provision. Effectively, this means that a doctor treating a worker who was injured on January 31, 2014 and another who was injured on February 1, 2014 will only have to abide by evidence-based treatment guidelines when treating the second worker.

While Oklahoma has adopted medical treatment guidelines and taken steps to require preauthorization, these requirements are relatively new within the Oklahoma workers’ compensation system. As a result, providers, patients and payers are still adjusting to the new system and there has been a fair amount of confusion.

Implementing a successful closed formulary does not happen overnight. Texas started the process 10 years ago by passing HB 7, and has been consistently working to ensure that its reforms were successful. After taking the time to establish the necessary regulatory infrastructure, adopt treatment guidelines and create a logical solution to ensure a unified standard of care issue across all claims, the state is finally seeing clinical and economic benefits.

As Arkansas, California, North Carolina, Tennessee and other states start thinking about replicating the results of Texas by implementing their own closed formularies, they would do well to have conversations about these principles first.

About Michael Gavin
As president of PRIUM, Gavin is responsible for the strategic direction and management of the medical intervention company. He brought considerable experience in several major sectors of the health care industry to PRIUM when he joined as Chief Operating Officer in 2010, and he is the author of the thought-provoking Evidence-Based blog.

Prior to joining PRIUM, Gavin was a consultant with Kurt Salmon Associates, a leading provider of strategic advisory services to the healthcare provider sector. Previously, he served as the vice president of operations for MDdatacor, Inc., a health services start-up that provides innovative information technology solutions to support pay-for-performance programs in the ambulatory care environment. He began his career as a consultant with The Monitor Group, a global strategy consulting firm in Cambridge, Mass.