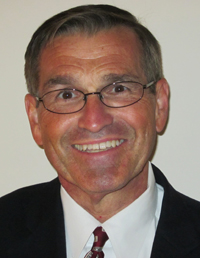 Let’s break out both the testing and the randomness found in the topic.

Drug Testing
Workers’ compensation provides, at zero coinsurance or co-pay levels, necessary prescription costs related to the industrial accident. Of course, each jurisdiction is unique, but the bottom line is narcotic prescriptions account for about a quarter of all workers’ compensation drug costs. We use utilization review tools, IME’s and many other claim tools to investigate the appropriateness of medical treatment throughout the claim life.

In the narcotic prescription world we also use drug testing as a mechanism for claim management. The majority of the testing is generated from Urine Drug Testing (UDT) tools or panels. This testing modality can be “gamed” by experts since the actual taking of the sample is never observed. While other modalities exist such as blood and saliva these alternatives are seldom leveraged. There are a number of reasons for the focus on urine testing as opposed to the other methods which are beyond the scope of this article.

When we go into our personal physician, dentist or almost any treating medical specialty, under our health plans, they ask us what medications we are taking. From a patient safety view they want to make sure that they don’t prescribe something that will conflict with the present medication(s). In the workers’ compensation world drug testing helps the physician understand what is in the injured workers system so that they know how to treat the medical issue. Creating a treatment plan is difficult if the physician doesn’t know if the injured worker is taking the prescriptions or if there are competing drugs in their system. While this is a patient safety concern it also often brings about quicker medical resolutions which are good for the workers’ compensation claim.

While some look at drug testing as a compliance tool, which it is, they often miss the bigger picture of what the psychosocial issues are telling us about the claim. As an example we know that health which we have heard about in the news for years. It may also show that there is an addictive personality factor (psychosocial factor) that may impact the claim. If the drug testing shows other non-prescribed drugs in the system there may be addictive issues, that can impact patient safety and claim outcomes.

Randomness
Random drug testing assists the physician in creating a functional treatment plan based on injury, pain level, drugs in the system and the identification of psychosocial issues that may impact the healing process. The randomness of the testing may also provide a sentinel effect allowing the injured worker to know up front that someone is watching for compliance. There are also two sides to the knowledge that testing will take place. One injured worker may feel that they are being watched and that understanding inhibits bad behavior. Another injured worker may look for alternatives to provide false specimens to “game” the test.

There are many views on how and when drug testing should be used in a workers’ compensation claim. At one end of the spectrum there are some workers’ compensation physicians who never test for a variety reasons. Some believe they know their patients well enough and trust them; others are just not aware of the need for testing, and some may be concerned that there are major complications (for the treating physician) if illicit drugs are found in the injured workers system and therefor do not do any testing. There are some providers and physicians who do testing at the first appointment of the month. While testing is being completed, it isn’t random. There are many more models of how drug testing can be managed though randomness is certainly an important key for compliance. If the goal is to create no specific pattern for testing then it is random. I have heard of a physician rolling dice to see if testing is done or not at that appointment. While some will even question if this is truly random they are looking out for patient safety in doing testing in a pattern that is not expected. A great resource for testing is found within the ACOME testing guidelines (https://www.acoem.org/Guidelines_Opioids.aspx) which provides excellent guidance.

In the workers’ compensation world I would suggest that we may look at different ways to implement random drug testing. If the physician is doing drug testing using accepted guidelines then we are moving in the right direction for the claim. If the physician is not doing drug testing then the workers’ compensation provider needs to have an intentional process or practice built into their system to encourage testing. While we will examine this in more detail in a future article, the point is that we need to examine how we actually handle random drug testing in our environment (claims process) today. Some providers of workers’ compensation claims have a solid practice and process in place while others are still grappling with the implementation and how to wrap it into a bigger claims process.

Conclusion
Random drug testing is a component of the claims process which focuses on patient safety, identifying potential diversion or misuse and therefore; generally provides better outcomes and helps in assessing the progress of a claim. While randomness in drug testing is important, the process that supports random drug testing should not be random, but intentional.

About Steve Pratt
Steve Pratt is the Director of Worker’s Compensation at Berkley Southeast Insurance Company a WR Berkley Company where he is responsible for overseeing all aspects of the workers’ compensation claims line of business. He has 35 years of experience in the insurance industry, having held senior-level roles in the claims organizations of The Hartford, The Zenith, QBE of the Americas, CNA and Broadspire. Mr. Pratt consulted in the insurance claims environment in quality, reserving, narcotic prescription use and other areas. He also conducts ongoing leadership training in Ukraine. Mr. Pratt holds a number of professional designations, including Chartered Property Casualty Underwriting (CPCU), Senior Claim Law Associate (SCLA), Certified Medicare Secondary Payer (CMSP), Associates in Underwriting (AU) and Associate in Risk Management (ARM). Mr. Pratt has also earned his Master’s Degree in Organizational Management from the University of Phoenix.