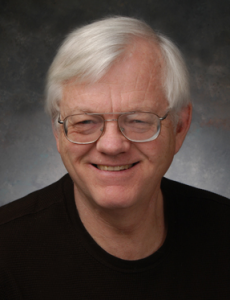 This is the Year of the Immigrant Worker.

As we all know, Congress is deeply engaged in the first serious chance for comprehensive immigration law reform since the 1980s.

For those engaged in some aspect of work injury risk management —work safety, claims, medical care, the law, corporate risk management, insurance, etc. – a closer look at the immigrant workforce is urgently needed:

These trends come to life when we examine a few key occupations below. But first a note on undocumented workers, which we often, incorrectly, view as an essentially isolated workforce.

Back in 1995, the dominant workplaces of illegal workers were either in agriculture or in large, rural factories for meat processing and carpet making. These workers lived and worked relatively isolated from mainstream America. Their work injury issues relatively hidden from view.

The latter half of the 1990s ushered in the residential housing boom. This, and a natural tendency of workers to seek higher paying jobs in metropolitan areas, triggered a huge expansion of more widely visible employment of illegal workers in construction, healthcare, and hospitality other urban-centered sectors. About half of illegal workers today are in formal employment and are paying social security taxes, which go into a Social Security suspense file when the social security number is unverifiable. The other half are paid under the table in cash.

Unless you allow yourself to engage in the idea that these workers will “self-deport” (and cause a collapse of much of the country’s farms and other disruptions), it is prudent to approach the immigrant workforce as a whole without distinguishing initially between legal and illegal workers.

I examined a list of jobs expected to grow fast between 2010 and 2020. I narrowed down on the ten jobs with the largest employment growth expected between these years. Thee ten jobs are growing by on average close to 40% and will add combined 2.2 million jobs.

They include, with current percentage of their ranks filled by immigrants, personal care aides (24%), software engineers (36%), and HVAC mechanics (13%). Taken as a whole, the share of the new jobs in this list of 10 occupations that will be taken by immigrants looks like 15%, just under the current share of total jobs held by immigrants, or 16%.

However, the work injury picture is strikingly different. When you estimate the number of future work injuries, taking into account the injury rates of the individual jobs and their expected growth of openings, you find that immigrant workers will likely sustain 20% — one of every five – of work injuries. This is due, of course, to the fact that while some immigrants are highly talented and work in largely injury free jobs, such as software programming, there is a larger number of immigrant workers who have limited education, relatively few job market chances, and work in injury-prone jobs.

In the follow up article, I will discuss how a workers’ compensation professional can improve their mastery of this work injury risk that, after years of emergence, is taking center stage.

About Peter Rousmaniere
Peter Rousmaniere is a journalist and consultant in the field of risk, with a special focus on work injuries. Peter is an award-winning author of some 200 articles on many aspects of workers compensation. He is the workers’ compensation columnist for Risk & Insurance Magazine. Holding an MBA from Harvard Business School, Peter has been in the workers’ compensation field for 25 years. He resides in Woodstock, VT, a picturesque New England village.
Email: pfr@rousmaniere.com.