Quick – what’s the No. 1 physical ailment in workers’ comp? You probably guessed it: low back pain.

Each year, low back pain (LBP) accounts for 68 percent of sick days and 76 percent of sick leave payment costs in some industries. The CDC estimates LBP costs employers $7.4 billion a year. To significantly reduce these costs, more payers are implementing early physical therapy (PT) treatment into their LBP care plan.

According to a recent study, Primary Care Referral of Patients with Low Back Pain to Physical Therapy: Impact on Future Healthcare Utilization and Cost,” (Spine, May 18, 2012), early PT treatment in LBP patients is associated with a reduced risk of ensuing healthcare utilization and associated costs. “Early treatment” was defined as within 14 days of diagnosis.

Led by Julie M. Fritz, PT, PhD, ATC, of the University of Utah in Salt Lake City, the researchers analyzed statistics from a national database of employer-sponsored health plans. The researchers examined records of 32,070 patients who had undergone a new primary care LBP consultation and identified and categorized them based on the use of physical therapy within 90 days. Those using PT were further classified based on the timing of treatment — early (within 14 days of diagnosis) vs. delayed — and if they had or hadn’t adhered to guidelines.

The study illustrates how early PT treatment was associated with decreased risk of advanced imaging, additional physician visits, surgery, injections, and opioid medications in patients with LBP. The last factor is particularly noteworthy, since pharmacy is one of the two biggest cost drivers in workers’ comp, alongside physical medicine. Treatment with opioids costs payers approximately $1.4 billion a year, extends disability durations, and can lead to addiction, subsequent treatment and even death.

The effectiveness of early PT intervention in treating LBP coincides with observations that we’ve discovered within MedRisk’s research and academic subsidiary, Expert Clinical Benchmarks (ECB), which oversees all clinical aspects of MedRisk’s programs from peer review and the development and maintenance of treatment guidelines, to monitoring outcomes and patient satisfaction. This includes:

This study, and another published in the April 2012 issue of Spine, demonstrates that early initiation of physical therapy in LBP patients results in lower medical-service utilization and lower costs. Obviously, workers’ compensation patients should see providers with expertise in treating work-related injuries, where the goal is restored functionality and return to work. It’s also important for the providers to have easy access to evidence-based treatment guidelines. LBP requires a multi-disciplinary approach that incorporates guideline-driven PT early in the treatment.

Prior to MedRisk, he served as senior vice president of sales and marketing for Specialty Risk Services (SRS), one of the country’s largest third-party administrators (TPAs) and a wholly owned subsidiary of The Hartford. In that role, he oversaw the implementation and integration of SRS’ new business acquisitions and built SRS’ presence as an industry leader. Identified as a key talent early in his career at SRS, Ryan was selected to participate in The Hartford’s prestigious Leadership Impact Program.

Ryan graduated from Rowan University in Glassboro, New Jersey, with a bachelor’s degree in marketing and has since achieved an extensive professional background in the insurance industry. Prior to joining SRS, he served as an account executive for Sedgwick Claims Management Services in Philadelphia and held various positions at American Financial Group, Inc. and Liberty Mutual Insurance Company. He started his career with Liberty Mutual and later worked for Sedgwick CMS as an account executive and operations manager before joining SRS in 2005. 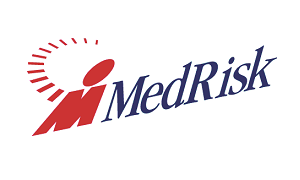 Founded in 1994 and based in King of Prussia, Pa., MedRisk, Inc. is ranked as one of the fastest-growing companies in the Greater Philadelphia area on the Inc. 500|5,000 and the Deloitte “Technology Fast 50” lists. The company provides specialty managed care services for the physical rehabilitation of injured workers. MedRisk is fully accredited under URAC and has successfully completed a SSAE 16 Type II examination. MedRisk’s programs deliver savings and operational efficiencies that are significantly greater than traditional programs. Customers include insurance carriers, self-insured employers, third-party administrators, state funds, general managed care companies, case management companies, claims adjusters and physical medicine providers. To make a referral or obtain more information, visit www.medrisknet.com or call 800-225-9675.