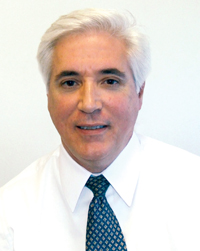 Insurance fraud occurs every day across the United States. While most workers’ compensation claims filed in Texas and other states stem from real instances of on-the-job injuries, there are, unfortunately, people who cheat the system. Consequently, fraud drives up costs for employers, consumers and insurers.

According to the Texas Department of Insurance, insurance fraud is one of the most costly white-collar crimes in the United States, ranking second only to tax evasion. As a corporate executive once noted, if workers’ comp fraud were a legitimate business in the United States, it would rank among the Fortune 500 companies—likely in the top 25.

Fraud is lying for financial gain—with claimant fraud being the most common type. Claimant fraud happens when employees:

Companies need to pay close attention to red flags that help detect possible workers’ compensation fraud. If you identify two or more of these situations, you should contact your insurer.

Red flags do not necessarily translate into proof of the offense, but they are indicators that the situation should be examined further. Workers’ compensation fraud occurs in simple and complex schemes that require investigation and proof. Remember what it takes to prove criminal fraud, and always ask yourself these questions when you suspect fraud:

Some insurance carriers write off workers’ comp fraud as merely a cost of doing business. Other companies, such as Texas Mutual, take a zero tolerance approach to combating fraud. Texas Mutual employs three teams of experienced, full-time investigators who take fraud claims with the utmost seriousness.

It’s also important for employers to educate their employees on the consequences of workers’ compensation fraud, including the trickle-down impact it can have on bonuses, raises and other company-involved benefits. Fraud is not only against company policy, but it is also against the law and affects everyone in the workplace. Workers’ comp fraud can be curtailed if employers, insurers and others are vigilant about this type of crime.

Mr. Riley received his bachelor’s degree from the University of Massachusetts and his law degree from Rutgers University. He is a retired U.S. Army Judge Advocate who served in a variety of military legal assignments in the United States and overseas. Following his retirement from the Army in 1997, Mr. Riley was initially employed by the Texas Workforce Commission. From June 1998 through August 2004, Mr. Riley was an attorney with the Texas Workers’ Compensation Commission (now the Texas Department of Insurance’s Division of Workers’ Compensation). During his time with the Commission, Mr. Riley was assigned to the Hearings Division, the Compliance and Practices Division, and the Legal Services Division.

Austin-based Texas Mutual Insurance Company is the state’s leading provider of workers’ compensation insurance, with approximately 34 percent of the market. Since 1991, the company has provided a stable, competitively priced source of workers’ comp insurance for Texas employers. Texas Mutual is an industry leader in the fight against workers’ compensation fraud. The company maintains three teams of in-house fraud investigators. In 2011, they saved, identified or recovered $5 million through their claimant, health care provider and employer fraud investigations.