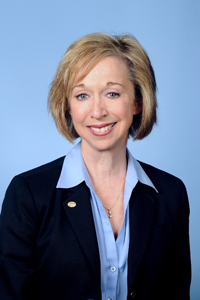 As the workers’ compensation industry redefines cost containment strategies, we must include emerging industries such as interpretation. Payers should apply the same level of scrutiny to interpretation services and its appropriate intervention points as they do to case management, utilization review and bill review.

Let’s look at a quick history of interpretation. With the immigrant population doubling since 1990 and tripling since 1980, public and private organizations have increased their spending on language services. The language services market is growing at an annual rate of 13.15%. Over the next five years, it is expected that the market will reach $38.14 billion.1 Rising interpretation expenses have prompted many workers’ compensation carriers and administrators to evaluate the cost and utilization of these services.

The business models for transportation and translation were similar: independent, freelance providers contracted country-wide to form a service delivery system. This led to the integration of the services and the ability to make one referral for both. Transportation was dispatched along with a field interpreter, most frequently for a medical appointment. However, this was expensive because there are standard time minimums for field interpretation and hourly rates are nearly the same as case management rates.

Some question the need to hire a professional interpreter when a bilingual family member, friend or medical office staff member may be available to interpret. There are significant risks associated with this strategy.

First, being bilingual does not ensure neutrality of interpretation or, for that matter, confidence of the parties. Medical problems are often difficult to explain and usually involve divulging personal information. Patients may feel embarrassed when family members are interpreting and omit important facts. In one case, a professional interpreter accompanied a partially paralyzed man and his bilingual wife to a doctor’s visit. The man would not fully answer questions regarding his urination and sexual function until the doctor asked the wife to leave. Then he gave full details through the interpreter.

Second, since workers’ compensation is an adjudicated environment, an impartial and competent interpreter should be mandatory. If the case goes to a hearing, an independent professional interpreter will ultimately be required. Why settle for less during important communications that may determine the course of the claim?

Third, a non-professional may lack medical knowledge that could seriously affect the success of the interpretation. Physicians depend heavily on patient history in making a diagnosis. In one case, a relative’s misinterpretation of symptoms led the doctor to schedule the claimant for surgery. On the morning of the procedure, a trained interpreter conveyed information that showed the surgery was not only unnecessary, but was also likely to harm the patient.

In summary, to obtain the best outcomes at the best cost:

About Melinda Hayes
Melinda Hayes is the President and CEO of M Hayes, a leading managed care company she founded in 1999. With close to 30 years of managed care experience, Hayes grew the company into a national provider serving the largest payers in workers’ compensation. She received the Future 50 Award from SmartCEO magazine and her company was recognized by the Baltimore Business Journal as one of the area’s largest women-owned businesses in both 2009 and 2010. Hayes may be reached at mhayes@mhayes.com.