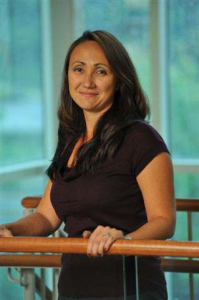 In a previous article, I questioned that lawyers stopped practicing law when it came to MSP compliance issues. In an industry whose entire premise is risk management, I also have frequently questioned where are all the risk managers and actuaries. But then it dawned on me that they probably don’t fully understand what it is that they are assessing. I truly don’t believe that any organization that fully comprehended the cost of CMS approval of a WCMSA would endure the voluntary program and the lack of assurance the CMS approval letter really provides.

Participation in the WCMSA voluntary review program carries an inherent cost above and beyond funding future medical cost projections. There are the obvious costs baked into waiting for approval to be granted, such as continued indemnity and medical payments while waiting for CMS to render an opinion, which is currently running six months on average. If CMS requests more information via a development letter, it can easily take a year to obtain approval if the case is administratively closed and has to wait in line to be reopened. But it is the cost to fund a WCMSA in CMS’ preferred manner that provides the highest expense.

The review process itself has been reduced to essentially an application of a formula calculated via standard treatment guidelines for a particular injury, not necessarily the injured individual. The projections generally make little sense to medical professions because occasionally they contradict conventional standards of care. For example, once a prosthetic knee is implanted, there is no longer any medical indication for an MRI to be taken and certainly not one every 10 years and certainly not with contrast. If x-rays are provided, they are funded at the CPT code for the maximum number of views. Psychotherapy and physical therapy are doled out in multiples of twelve and injective therapies in multiples of three. In fact the treatment in a WCMSA projection rarely applies specifically to the injured claimant and it is unlikely that the claimant’s future course of treatment will reflect the projected care.

Prescription drugs are funded at average wholesale prices (AWP). Just as no one pays sticker price on a car, no one pays AWP, unless of course they are in an MSA custodial situation that is using the CMS approved pricing mechanism as the rate to deduct the pharmaceutical expenses from the MSA. Even Medicare does not use AWP to determine its reimbursement rates, they base their rates on average sales price. AWP is the benchmark from which volume contract pricing is established and the acquisition cost of a generic drug can be as low as 90% of AWP. Even if you get beyond the AWP issue, other drug pricing considerations should be CMS’ refusal to consider patent expirations, DUR or rehab recommendations, or drug efficacy guidelines.

Life expectancy is something insurance companies are intimately familiar with. The determination that it is shorter than the average expected age is important for reserving purposes. While CMS accepts use of a rated age, it does so with several caveats. The median of all rated ages ever received in that claim must be used, even if an unknowledgeable broker was involved and blanketed the life market with requests, forcing the median to include “standards,” basically meaning that certain companies declined to issue a rating. Life company rated ages in general represent not only the impact of the claimant’s overall heath on his life expectancy, but also the life company’s interest in underwriting that individual. While a company may be willing to take on a predetermined amount of substandard business in any given fiscal year, once it reaches its limit, its rated ages will subsequently become much more conservative. Life companies that are conservative by nature typically issue standards routinely, unless a condition so egregious that even it cannot ignore that an individual will not likely live to the standard life expectancy. All in all, life company provided rated ages are intended to determine insurance premium, not to quantify a lifetime future medical exposure. Furthermore, CMS should be aware that obtaining them for purposes of MSA evaluations is viewed as a violation of the broker’s agency agreements; therefore, the agency really has no right to encourage their use.

With respect to the life company rated ages themselves, CMS requires that the source be independent. For example, it will not accept a rated age provided by Liberty Life Assurance Company of Boston for a Liberty comp claim. However, it will accept a Liberty Life rated age for an Ohio Casualty or Montgomery Mutual claim, only because CMS is unaware that those companies are owned by Liberty. More ridiculous than that, CMS will disregard a rated age if the life company does not provide a mailing address on its notification. For all the reasons to question the motivations of financial AIG, questioning its underwriters’ opinion of diminished life expectancy on the basis of stationery is ludicrous.

When all is said and done, CMS may disregard the rated age and price using the actual life expectancy for not properly attesting to the fact that all rated ages were submitted, for submitting rated ages obtained more than two years prior to submission, for not proving to be independent enough from the submitter, and for any other excuse it can divine.

Finally, once the age is selected by whatever means acceptable to CMS, then a CDC life table must be consulted. If seeking CMS approval, only Table 1, representative of the general US population, may be used. That will automatically overfund male WCMSAs by at least two years and underfund proposals of white women by at least two years. Table 1 most closely mirrors the table for black females so really they are the only ones not treated unequally by this practice.

There are many other examples of poor choices made by CMS in implementing the WCMSA review program; however, the point I am trying to make is that CMS is merely trying to stake a claim to as big a portion of a settlement it can justify under the state law governing the claim. Essentially primary payers are being asked to fund their entire lifetime exposure as would be required under the state law at the state mandated rate, far in excess of what Medicare would be exposed to paying during that same period. By foregoing the voluntary review program, a primary payer could easily make an allocation more representative of Medicare’s actual exposure and use the difference to self-insure the risk of future altercations with CMS should the funds fall short. If one out of ten cases fails to fully fund the obligation, the insurer is still far better off in the aggregate. There are occasions where one can benefit from obtaining CMS approval prior to a claimant’s predictable but undocumented change in condition has occurred, so this determination is best made on a case by case basis. However, absent an awareness of the inherent costs associated with the CMS approval, how can a proper cost/benefit analysis be performed? It is my belief that a better understanding of the inherent costs of complying with the voluntary program will lead to better risk management decisions.

About Jennifer C. Jordan
Jennifer Jordan, JD, MSCC is General Counsel and a founding member of MEDVAL, LLC. Starting with the first CMS memo on MSAs and workers’ compensation, Jen has focused on providing practical advice and in-depth knowledge to virtually every type of entity subject to Medicare Secondary Payer (MSP) compliance. Jen is Editor-in-Chief of The Complete Guide to Medicare Secondary Payer Compliance, published by LexisNexis. She received the 2010 Workers’ Compensation Notable Person Award from LexisNexis.