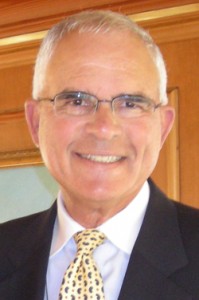 My first rotation as an intern at the University of California, San Diego was the emergency room (ER) – a three-month immersion no less! I was now an M.D., and had to figure things out in a hurry. In retrospect, it was a great jumping off point. I had to be able to recognize and treat all sorts of injuries and medical conditions, manage my time smartly and efficiently, and become part of a team…where all the other members had more experience and stripes than I did. I was a sponge and learned from everyone – the attending physicians, my senior residents, the nurses, and the aides.

Patient triage in the ER was critical to our success. Merriam-Webster defines triage as: 1.the sorting and allocation of treatment to patients and especially battle and disaster victims, according to a system of priorities designed to maximize the number of survivors; and 2. the sorting of patients (as in an emergency room) according to the urgency of their need for care. Merriam-Webster also defines triage as 3. The assigning of priority orders to projects on the basis of where funds and other resources can be best used, are most needed, or are most likely to achieve success.

Internships such as mine are long gone, so I guess I’m giving away my vintage. But along the way we glean not only experience, but perspective, and perhaps some wisdom. So where’s the connect here? I am an orthopedic surgeon and medical director of a national Independent Medical Examination/Peer Review company. As I view the landscape in retrospect, too many times the IMEs or peers I have performed were done long after the claim has “jumped the track.” I’ve often wondered why wasn’t I asked to do the IME or peer much earlier, or why was or wasn’t this question asked? I understand that jurisdictional and state/federal guidelines are in play but maybe there’s a better way.

Circling back to triage: what if every workers’ compensation claim was risk stratified on a scale of one to ten, with one being the lowest risk and ten being the highest? My take is that the claims in categories one and two would need very little oversight or management, in that most would resolve in a reasonable time frame, with a good clinical and financial outcome…so expend few resources on them. I’d see claims at the other end of the pole, the nines and tens, as serious injuries that will require significant resources and time to resolve no matter what. If I were a claims czar I would focus my resources and energy on categories three through eight, where smart, aggressive claims management could make a real difference. In my follow-up article next week, I will discuss the utilization review process, the role of evidence based medicine, and a more proactive and collaborative working relationship between carriers/TPA’s and IME/peer review companies.

Dr. Doyne currently serves the Texas Department of Insurance—Division of Workers’ Compensation as a Designated Doctor, member of its Medical Quality Review Panel, and has served as faculty for Designated Doctor and Physician Training Courses. He has also served as a Medical Expert for the Social Security Administration in the field of disability. He has held management and leadership positions in the health care industry including: Vice President, Medical Affairs Curative Health Services; Orthopedic Consultant, Swiss Re/Reassure America Life and Health Company; Medical Director of Conservative Care and Rehabilitation Services at the Texas Back Institute; and as Chief Medical Officer, St. Thomas Hospital, Nashville, Tennessee. He has extensive experience in the oversight of Independent Medical Evaluations (IMEs) and related services and has lectured extensively on disability and orthopedic topics to industry audiences.