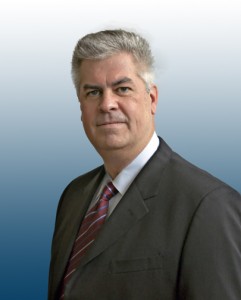 According to the California Workers’ Compensation Institute, California employers and insurers have seen a nearly 10% increase in payments for physician-prescribed compound drugs over the past three years, which has substantially increased the overall cost of medications provided as workers’ compensation benefits. This problem has caught the attention of California State Assemblyman Jose Solorio, who recently proposed legislation to regulate the dispensing of these drugs and their costs. Are these medications cutting-edge treatment, or are they a cash cow for providers? What is driving this increase, and what should done about it?

Compound Drugs are customized mixtures of multiple drugs and other remedies intended to better meet the unique needs of the patient. These creations are prescribed by physicians and are prepared by specialty compounding pharmacists and can be dispensed and billed either by the pharmacist or the prescribing physician. Compound drugs may have the same active ingredients found in brand-name and generic prescription drugs , and when legitimately prescribed, are intended to accommodate differing dosage strengths or delivery methods. A variation on this approach is medical foods, defined by the FDA as “formulated to be consumed or administered entirely under the supervision of a physician and which (are) intended for the specific dietary management of a disease or condition for which distinctive nutritional requirements, based on recognized scientific principles, are established by medical evaluation”. Another permutation is the “Co-Pack”, which is a convenience package that includes a medical food product in a single package with a generic medication, creating a combination that requires a prescription.

Compound drugs have their legitimate uses. Occasionally they are medically necessary, such as when the administration of precise dosages is critical and these dosages are otherwise unavailable, or to avoid non-essential ingredients which may be harmful to the patient due to allergies or other conditions. While the original intent of these drug combinations is to provide better medical care to patients, unfortunately they’ve become a “loophole” that’s being exploited by a small number of physicians and other providers driving what has become a significant issue, in an effort to maximize revenues without materially improving treatment effectiveness.

Compound drugs and their variants present an opportunity to circumvent reimbursement methodologies and charge a higher price for drugs and other remedies than if they were dispensed in standard dosages and portions. One legitimate use was described by the California Workers’ Compensation Institute (CWCI): “In Workers Compensation, compounding drugs are often associated with a means of delivering pain relief through a topical cream.” While this use may seem benign enough, in a recent article in the Workers’ Comp Executive, Assemblyman Solorio provided an example of a “pain relief lotion” available to the general public for around $30, but when prescribed for workers’ compensation patients, the same formula from the same company is billed at between $250 and $360 for the same quantity.

There are many compound drugs that are prescribed ostensibly for the benefit of the patient that are otherwise readily available to the patient in less expensive and more easily obtained forms. In these instances it is apparent to the lay-person that the prescription version financially benefits the physician . Here are three common examples of compounding:

In two of these examples (Naproxen and Diphenhydramine), the medications used in the compounds are readily available over the counter, and also in an inexpensive generic form. As prescribed, these compounds can be billed at multiple times their retail cost because a “national drug code” may not exist for the combination, and thus the compound in its new composite form may no longer be subject to the limits imposed by the California Official Medical Fee Schedule. Often the constituent ingredients are not identified on the invoice, but when they are, it is time consuming and complicated to match up the fee schedule amounts so that payment can be repriced to the allowable amount. Few insurers, TPAs and self-insured employers will expend the resources to assure that this is done.

Another common practice is to compound by including a portion of the standard dosage from bulk ingredients, but charge for the full standard dose. This allows the dispensing physician or pharmacist to essentially charge multiple patients for the same pill, as bulk ingredients are far less expensive than when provided in pill form, and the full standard dose is not being included in the compound. Also, as noted in a recent RAND study, “bulk ingredients are not FDA-approved because they are not commercially available finished drug products.” In all of these scenarios, compounding usually results in a charge well in excess of what would be appropriate if the fee schedule was applied stringently.

An additional concern is safety and efficacy. Whereas brand-name and generic prescriptions are regulated by the Food and Drug Administration (FDA), compound drugs are not, so there are no systematic safeguards to assure that these combinations of medicines are effective for the condition or reasonably free of harmful side effects. As Assemblyman Solario states in the text of his pending bill, AB 378, “According to the FDA, compounded drugs carry significant health risks that can lead to permanent injury or death.”

Research documenting a sharp increase in the use of compound drugs in Workers’ Compensation would suggest at least some systematic abuse. As noted in a recent CWCI research report, “between the first quarter of 2006 and the first quarter of 2009, the percentage of National Drug Codes (NDCs) in California’s workers’ compensation associated with compound drugs, co-packs and medical foods has nearly quadrupled from 1.2 percent to 4.7 percent.” This same report goes on to state that “over the same three-year span, the total amount charged for these products has grown from 2.2 percent to 12.0 percent of the total dollars billed as ’medications‘ in the California workers’ compensation system”. Put simply, while the use of compound drugs is increasing at a rate much greater than that of standard drug expenses, the cost of compounds is growing even faster – which can lead to the conclusion that billed amounts routinely exceed the fee schedule.

Why does anyone care? For self-insured employers, these unnecessary up-charges directly affect the company’s bottom line by increasing the cost of risk. For firms that insure their workers’ compensation exposures, higher claim costs can have a marked effect on insurance costs and in some cases, eligibility for coverage. Loss experience is used by insurers to determine account quality and pricing, and all else being equal, higher loss costs mean higher premiums. Increased claim costs also translate to a higher experience modification factor, which also drives premiums upward.

If it becomes California law, Assemblyman Solorio’s pending legislation, AB 378, will do much to curtail the abuse of drug compounding. As proposed, this bill will regulate the dispensing of compound drugs, and will prohibit the referral of prescriptions for these drugs to a person or entity with which the prescribing physician or his or her immediate family has a financial interest, essentially banning the practice of physicians providing compound drugs directly to patients. The bill will also establish a fee schedule limiting payments for these drugs until the Division of Workers’ Compensation is able to officially implement its own fee schedule. Contact your state legislator today and voice your support for this important new law that will bring these escalating drug costs back under control while preserving the legitimate use of compound drugs for those who need them.

Adequate controls on prescription and mixed-prescription medications should be augmented by a system that identifies and rewards above-average performance as measured by treatment outcomes and duration of disability. Fair reimbursement coupled with incentives for superior performance will help maintain injured worker access to the best providers and improve the overall quality and effectiveness of treatment – results that are good for everyone.

About Jeffrey Miller
Jeffrey Miller is the Chief Operating Officer for Paladin Managed Care Services with locations in Irvine CA. and Chicago Ill., which is a wholly owned subsidiary of SeaBright Holdings, Inc. out of Seattle. Jeff has over 25 years experience in the insurance managed care, healthcare, consulting and financial services industries.

Jeff’s career includes 16 years with Intracorp, a wholly owned subsidiary of CIGNA Healthplan, where he performed progressively broader and more complex finance and operating roles. He spent 4 years with Fair Isaac Corporation as Vice President of their Healthcare and Insurance Service unit where he grew the business to become one of the top businesses in its market space. Jeff was Vice President of Operations for Cerius Consulting, along with heading up the Healthcare and Business Transformation practices, and in 2007 left Cerius to form Amplify Consulting which was published by the Orange County Business Journal as one of Orange County’s top 10 consulting firms.

He received a B.A. degree from California State University – Fullerton, an MBA from the University of St. Francis, and is a Six Sigma Black Belt.

Disclosure:
Paladin has been a past advertiser.
This is not a paid placement.